This weekend, we moved out of our house in Burnsville. We moved into that house in April 2009, two weeks after Vincent was born. And now, almost exactly 3 years later, we moved out. Although the process has been, at times, overwhelming and very exhausting, it has been the best possible result of a difficult situation. A quick recap might be in order...

At the end of 2011, Paul and I began to discuss (in broad and general terms) what it might mean to move back to Australia. It was a lot of hypotheticals and "what ifs" with no real plans. We had numerous reasons to stay in Minnesota and the same reasons to move back to Sydney. So we decided that we would just see what happened. In January, we saw a job advertised at the University of Sydney that we thought would be perfect for Paul, so he decided to apply. Two Skype interviews later (the first while the entire family was stricken with a terrible and very messy tummy bug!) and the University of Sydney offered him the job - Manager, Reporting & Data Analysis for Advancement Services. Although it was an incredibly difficult decision, we decided that we would move our family to Sydney. Because of my work commitments and my sister's upcoming wedding, we decided that it would be best if Paul went to Sydney first to get settled, find a place for us to live and buy a car, while I stayed in Burnsville with the boys. He would fly back to the US in the middle of May for my sister's wedding; then we would move - as a family - to Sydney.

At the end of March, we put our house on the market (with no real hope of selling it), packed up Paul, and took him to the airport. As I was driving away from the airport, following a tearful goodbye to Paul, our real estate agent phoned to tell me that there was an offer on our house - after being on the market for only 3 weeks. We would not be facing a short sale and the buyer wanted to close on April 30! What followed was a very nervous period as we waiting for the appraisal and inspection reports - but in the end, the purchase was approved.

It was a huge sigh of relief - but it also marked the start of the dismantling of our household. Paul and I decided that we would not be shipping anything to our new home in Sydney. As I keep telling Vincent, "If it doesn't fit in a suitcase, we can't take it." With the amazing help of my parents, sister, and future brother-in-law, I sold, gave away, sorted, packed and threw out everything we owned. Cleansing and cathartic - but also a huge task. But in the end, with a big push from my mom and dad, I was successful.

As I drove away from the house last night for the final time, I was crying. Sad? Yes. Overwhelmed? Sure. Relieved? You bet. Grateful? Without a doubt.

We close on the house this afternoon. (Note: Of course, by "we" I mean "me." Paul is still in Sydney. So guess who gets to sign all of those forms associated with the sale of a house? Me. Twice. I have Power of Attorney for Paul - so every time I have to sign my name, I also have to print/sign his name. Lucky me.)

Although we only lived in that house on the lake for 3 years, it was an amazing 3 years. Here are some memories from our relatively short stay on E 125th St:

- Vincent's first steps in our living room
- writing and completing my dissertation
- the massive project of planting native shrubs and grasses along our shoreline (thanks to everybody who helped!) and the construction of a rock wall and steps for lake access
- the numerous nights rocking the boys to sleep (and waking up with them in the middle of the night)
- Vincent's naming ceremony
- Paul's mini-home improvement projects (work benches, fenced area for our garbage/recycling bins)
- our veggie patch
- making jars and jars of salsa
- buying a new water heater
- watching the sun set over our little lake
- playing duplos, blocks, and trains
- watching all the amazing wildlife on our lake: trumpeter swans, bald eagle, mallard and wood ducks, geese,  muskrats, fish, turtles, egrets, hooded mergansers
- teaching Vincent how to ride his little red trike - and watching him grow with confidence as he learned to zip around and around and around the cul-de-sac


Thank you, house, for keeping our family safe these past 3 years. We will cherish the memories. 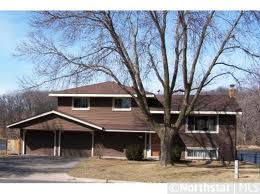 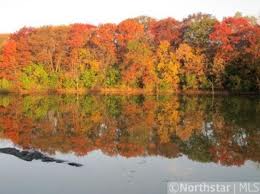 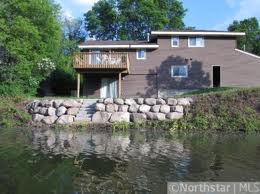