I am waaaaay behind on my temperature blanket.

All was going well, and at one point in April, I was completely caught up. Then I got behind again and decided to take the blanket and yarn with me to the US when the boys and I went to visit my family in June/July. I was on track to getting caught up when I ran out of orange yarn. The mild winter in Sydney and cooler summer in Iowa resulted in an insane number of totally orange squares (days where the temperatures in Sydney and Decorah were within the same 5-degree range: 21-25 degrees Celsius). I had underestimated the amount of orange yarn I would need.

After we came back to Sydney in early July, I started working on the blanket again, trying to get caught up. But I then made the decision to start on Christmas presents so I would not be in a rush to get things made right before the holidays. So I've been working on a variety of smaller projects that will be gifts for family members and teachers. (Lots of cute things that I can't post pictures of here - don't want to ruin any surprises!!) And I've been working on the blanket here and there.

The end of July marked the half-way mark for the rows on the blanket. And I finally knit up those squares about two weeks. It is amazing to see the blanket half finished. There is a lot more red, orange and yellow than I had expected - the temperatures in Sydney this winter have been nearly constant and there has been little variations in the daily high temps in Decorah. Even though I reached this milestone several days ago, I kept forgetting to take some photos of the blanket. Of course, it doesn't help that it has been raining and raining and raining and raining - not good photo-taking weather.

At any rate, here is the blanket at the halfway mark. I'm pretty pleased with how it is turning out. (The light yellow looks like white in the photos). 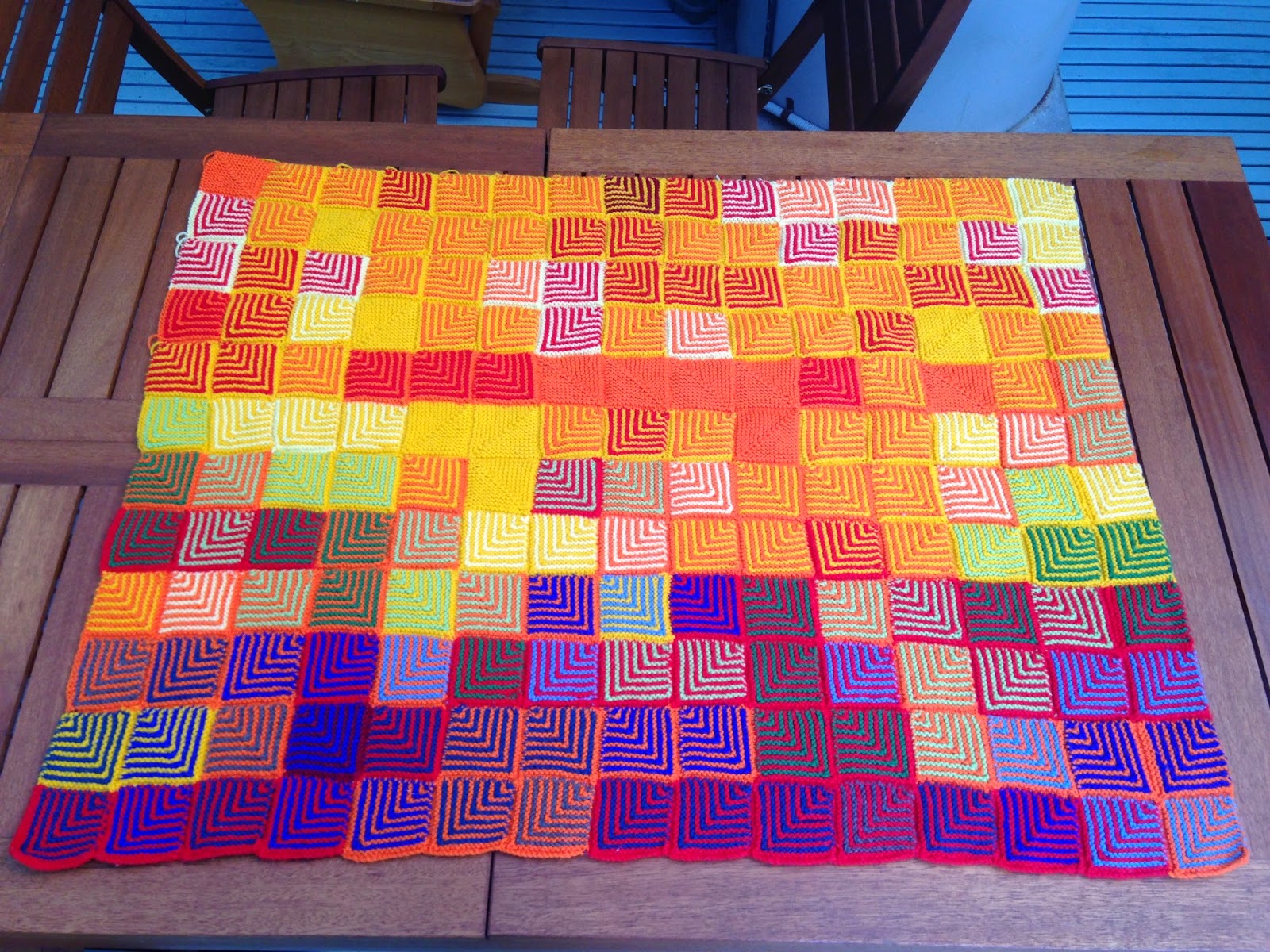 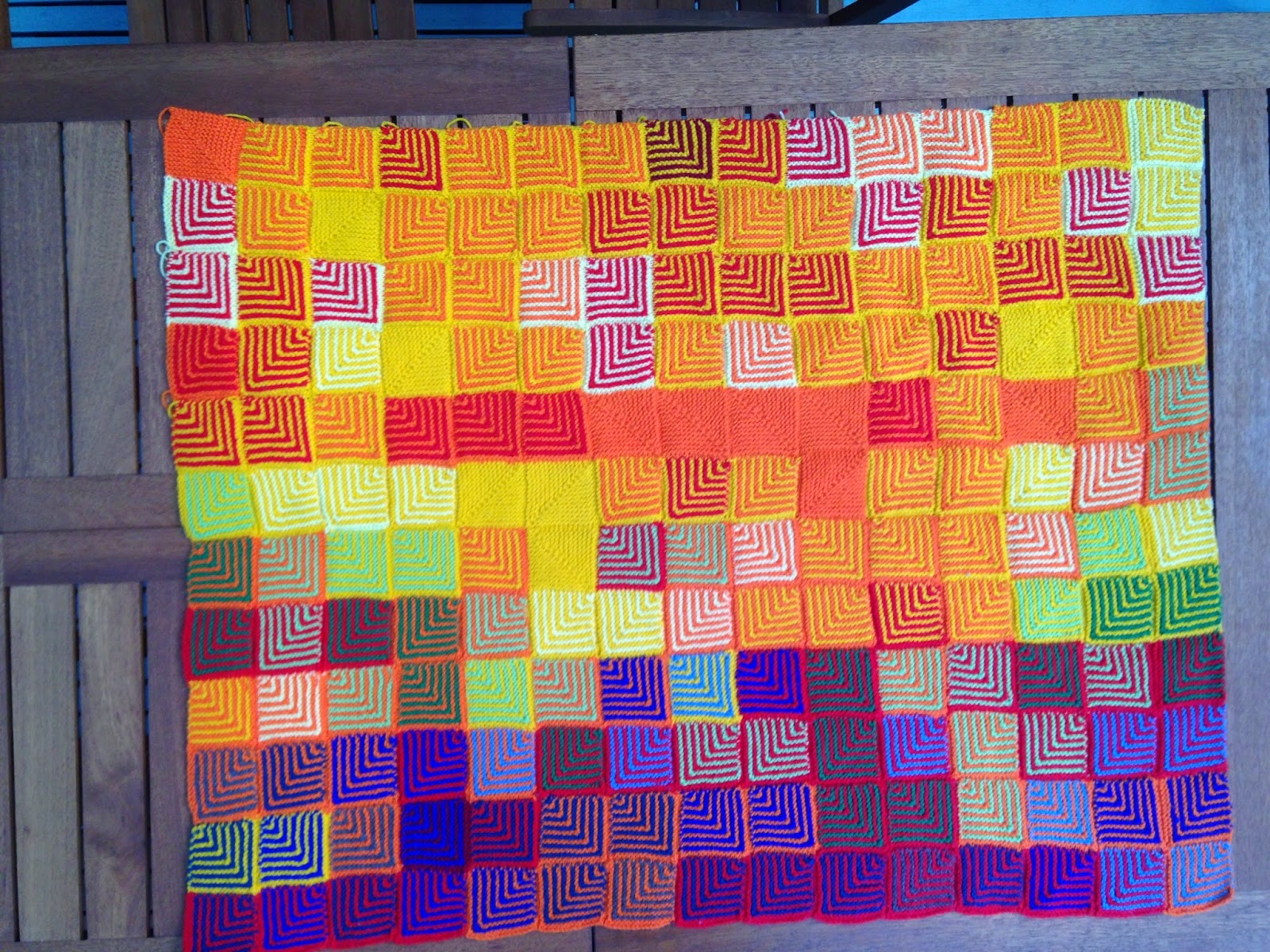 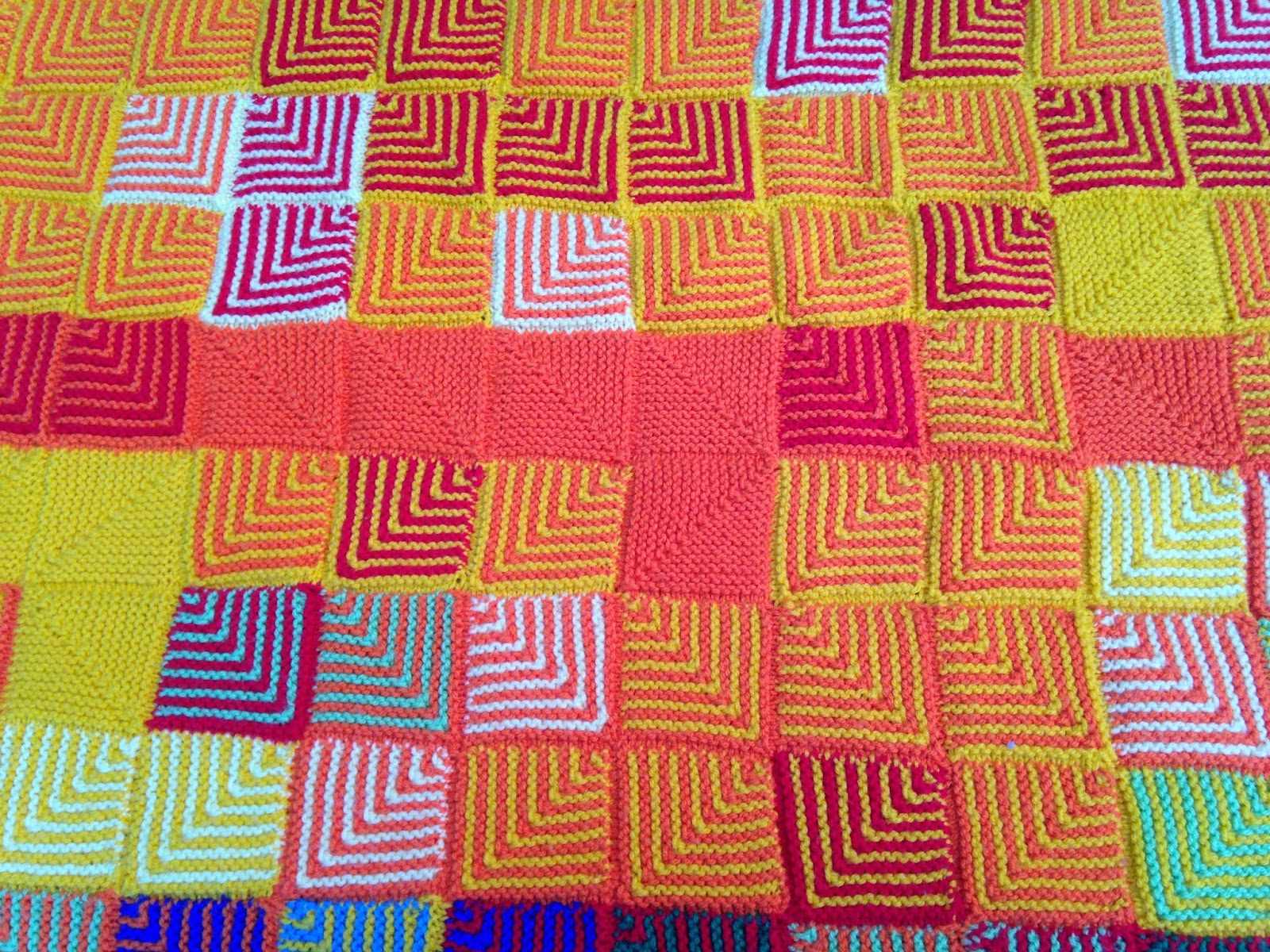 And I am kind of excited to see that the Farmer's Almanac is predicting a harsh winter for the Upper Midwest (sorry Iowa folks!!) That means lots of blue (there are three shades in my colour scheme) and grey and hopefully some purple (for the REALLY cold days). I'm crossing my fingers that Sydney has a few hot days in December and January so I get the opportunity to work some pink into the blanket as well.

The last day for the blanket will be 30 January 2015. That seems like a long time from now, but it's not. Hopefully, I will be able to get caught up on the blanket now that I am almost finished with Christmas presents.
Posted by Clare at 12:15 PM