Until about a month ago, my boys had a casual interest in Lego, but it was nothing really more than that. When my family came to visit last year, my mom brought along the Legos that my sister and I had played with when we were kids. My boys would occasionally take them out and play with them, building fighter jets and houses and stuff, but nothing very organised or serious.

Then, for his fifth birthday at the start of April, Vincent got four different sets of Lego. And just like that, Lego obsession hit our house.

We now had lots of different sets of Lego and nowhere to put them. We had one tub that served as the storage for the Legos from when I was a kid, but it was difficult to see all of the pieces and find the one exact piece that was needed for a project. The Legos were being left out on the dinner table with projects in various stages of completion. Pieces were getting lost, stepped on (ouch!) and Vincent was frustrated because he was struggling to find the pieces he was looking for.

I knew we had to find a new storage solution. I decided I wanted one that was compact (our house is not very big), easily transportable (so Vincent could take his Legos on playdates or to his grandparents' or cousins' houses) and organised in such a way that was efficient and straight forward. We don't have heaps and heaps of Lego - but we have enough that it was starting to get out of hand.

I searched online for some ideas and came across one that sounded perfect (of course, now I can't find the link...) This mother used a tool box with removeable compartments for her son to store his Lego bricks and accessories. That sounded perfect to me.

So off I went to Bunnings (that is the Australian equivelant to Home Depot or Lowes). And I found the perfect tool box for about $30. There are several small compartments that are the perfect size for storing the Lego bricks. And they are removable, which is great for when you need to dump them out to find a specific piece. There is also a big storage compartment in the bottom part of the tool box - perfect for storing the instruction books, smaller finished projects and half-finished creations. 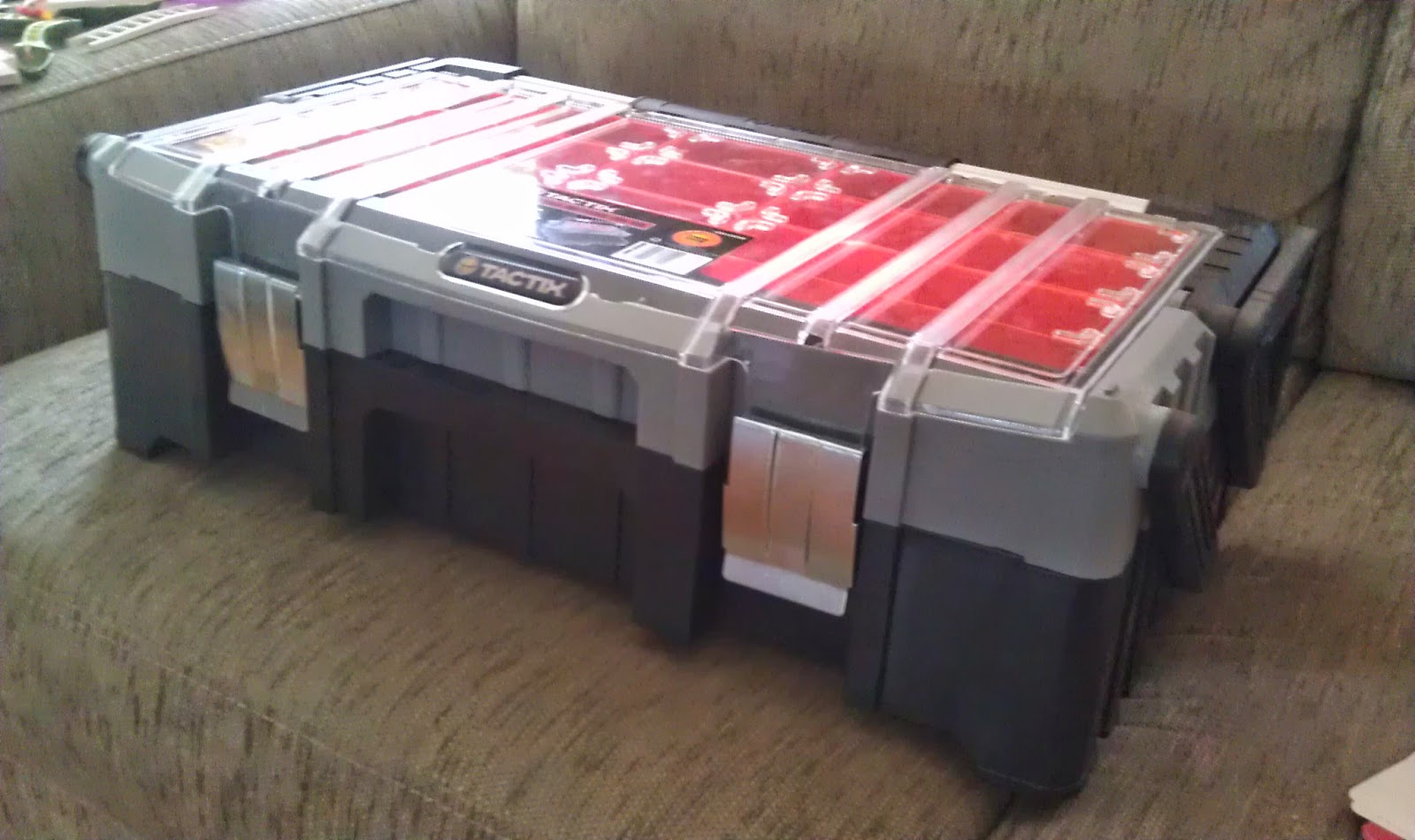 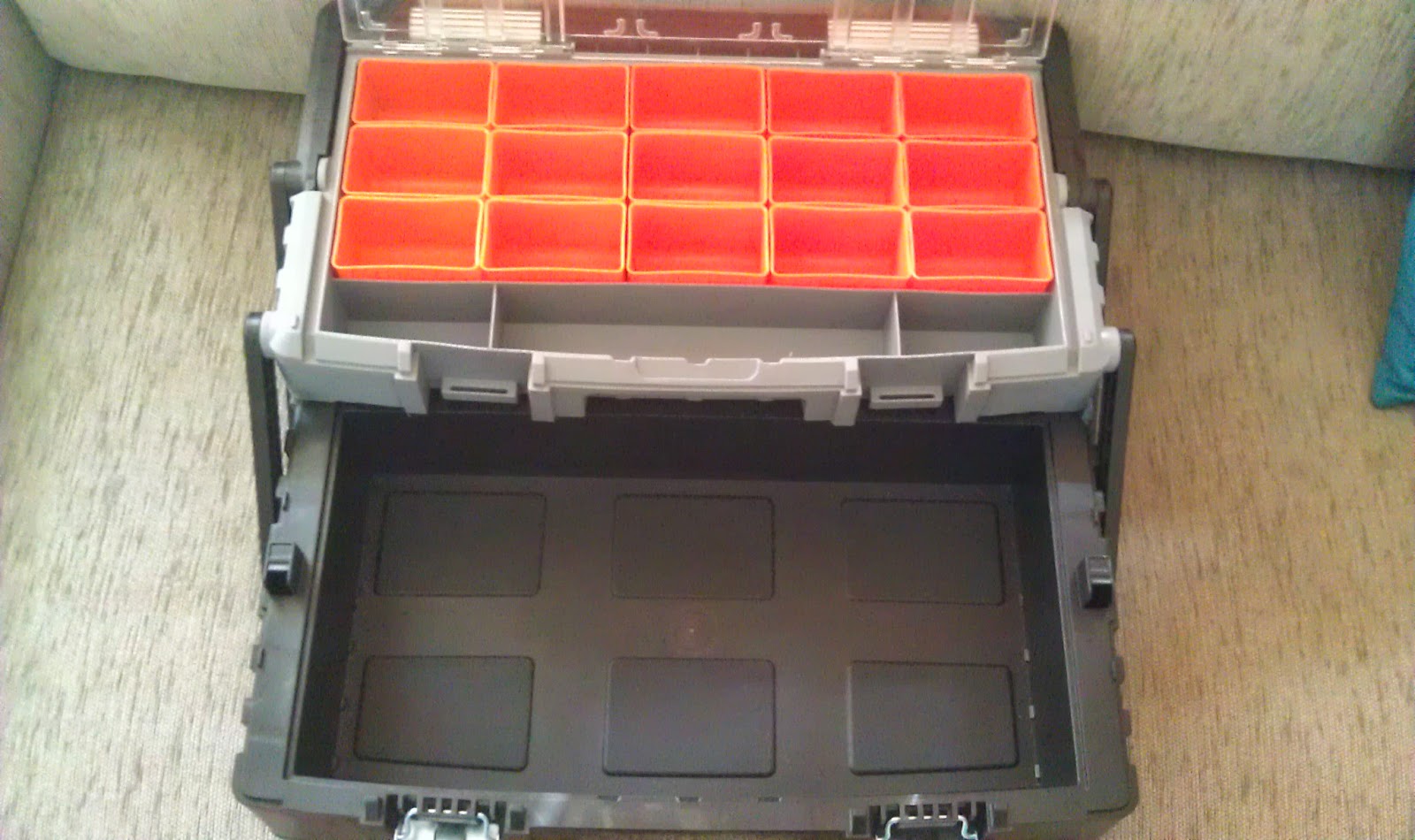 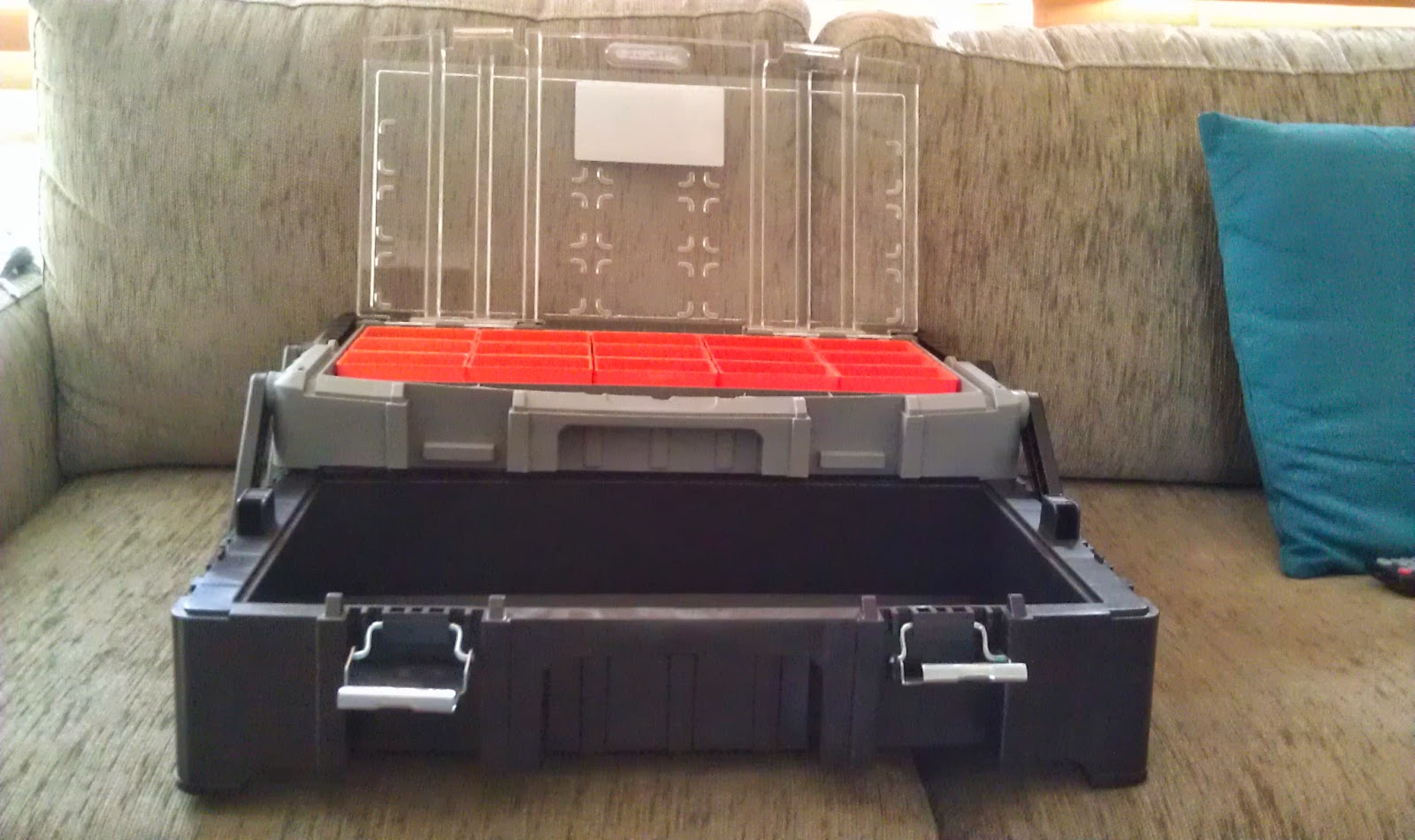 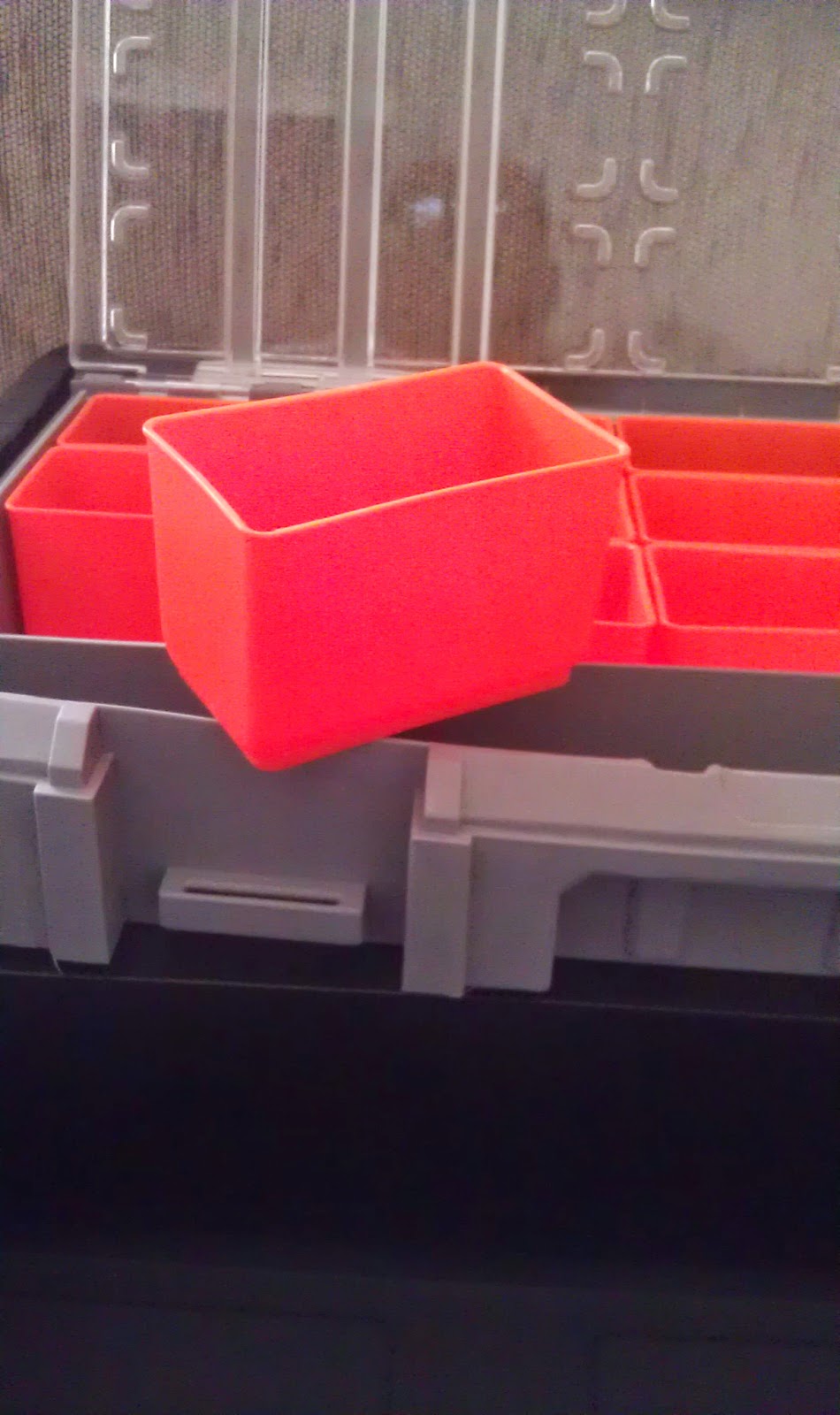 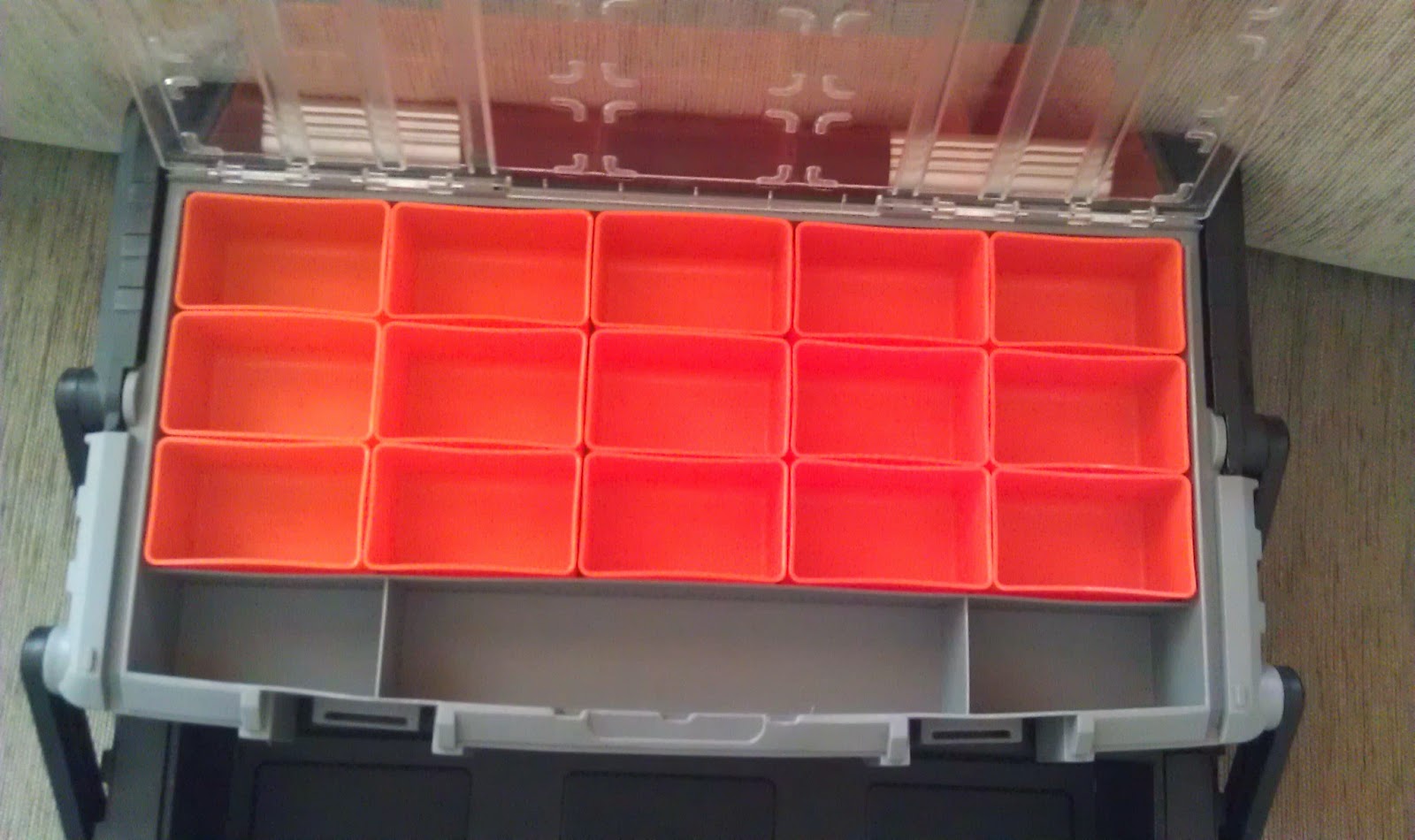 In that same blog post I mentioned earlier, the writer mentioned that she used paint chips to color code the storage compartments. I thought this was a great idea - so I picked up several while I was at Bunnings. 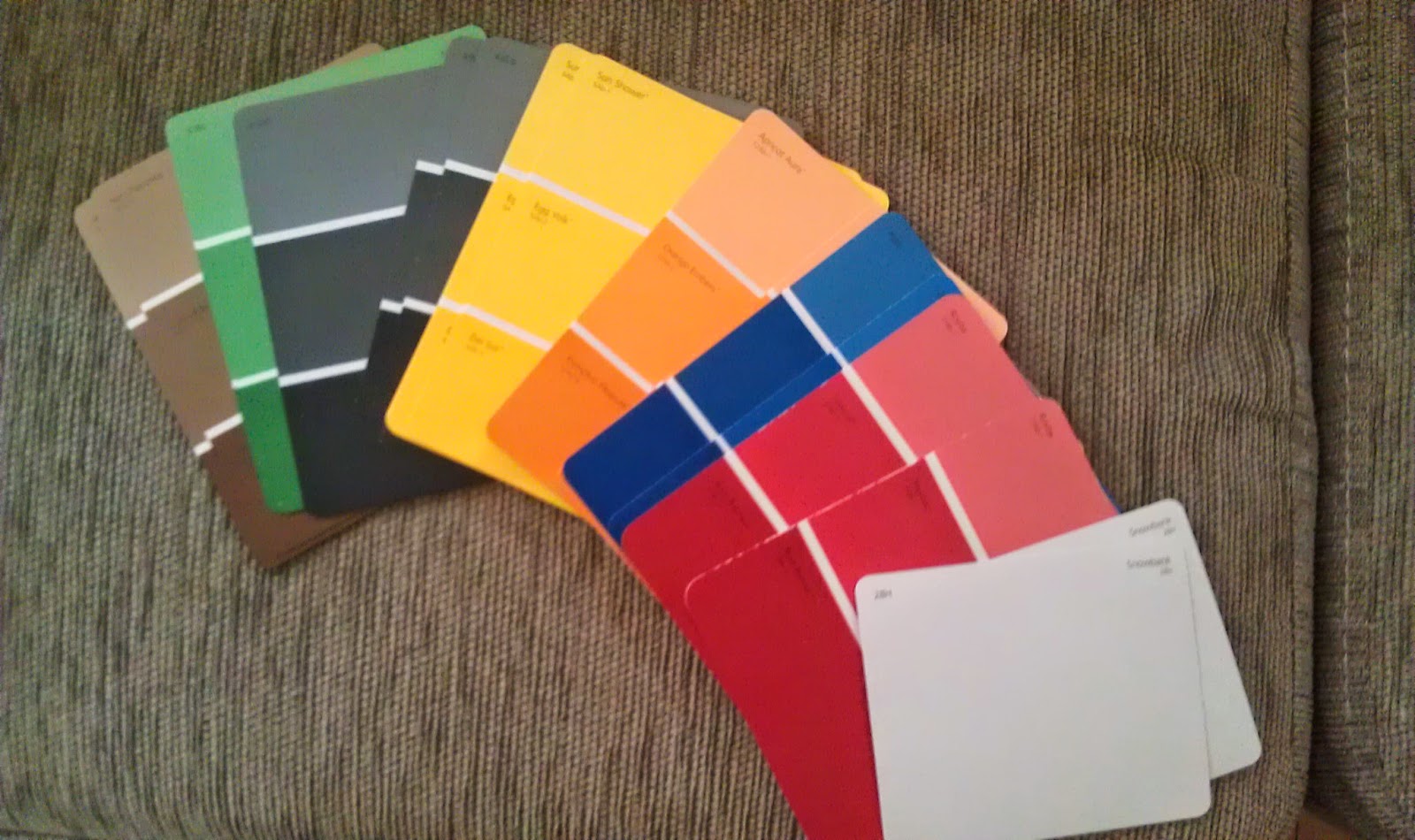 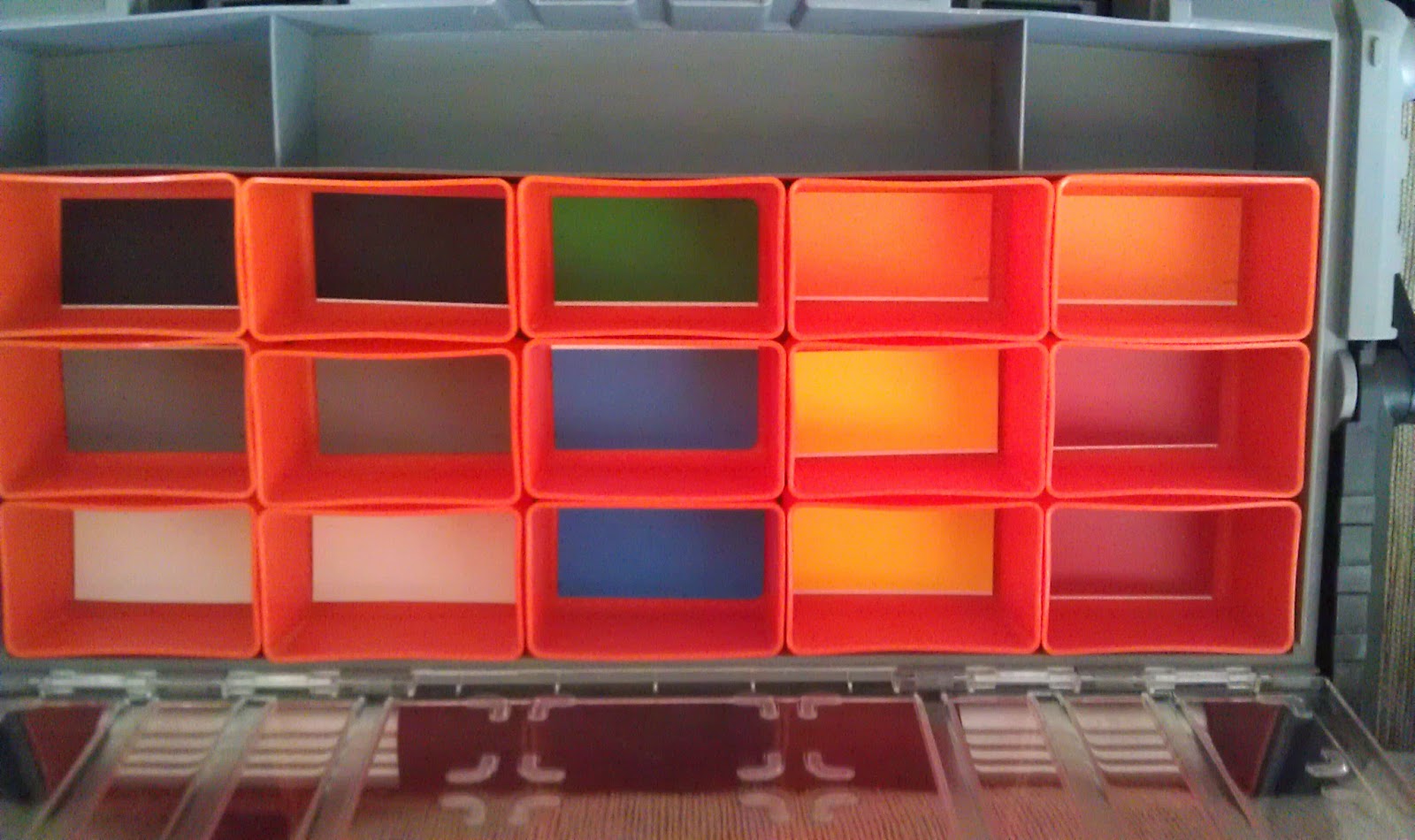 It has taken some organising and re-organising of the colors in each bin but I think we have now managed to get things settled in the new Lego-sorter-storage-tool-box. Vincent absolutely loves it. Although it is a bit big for him, he is able to carry it, which he thinks is great. 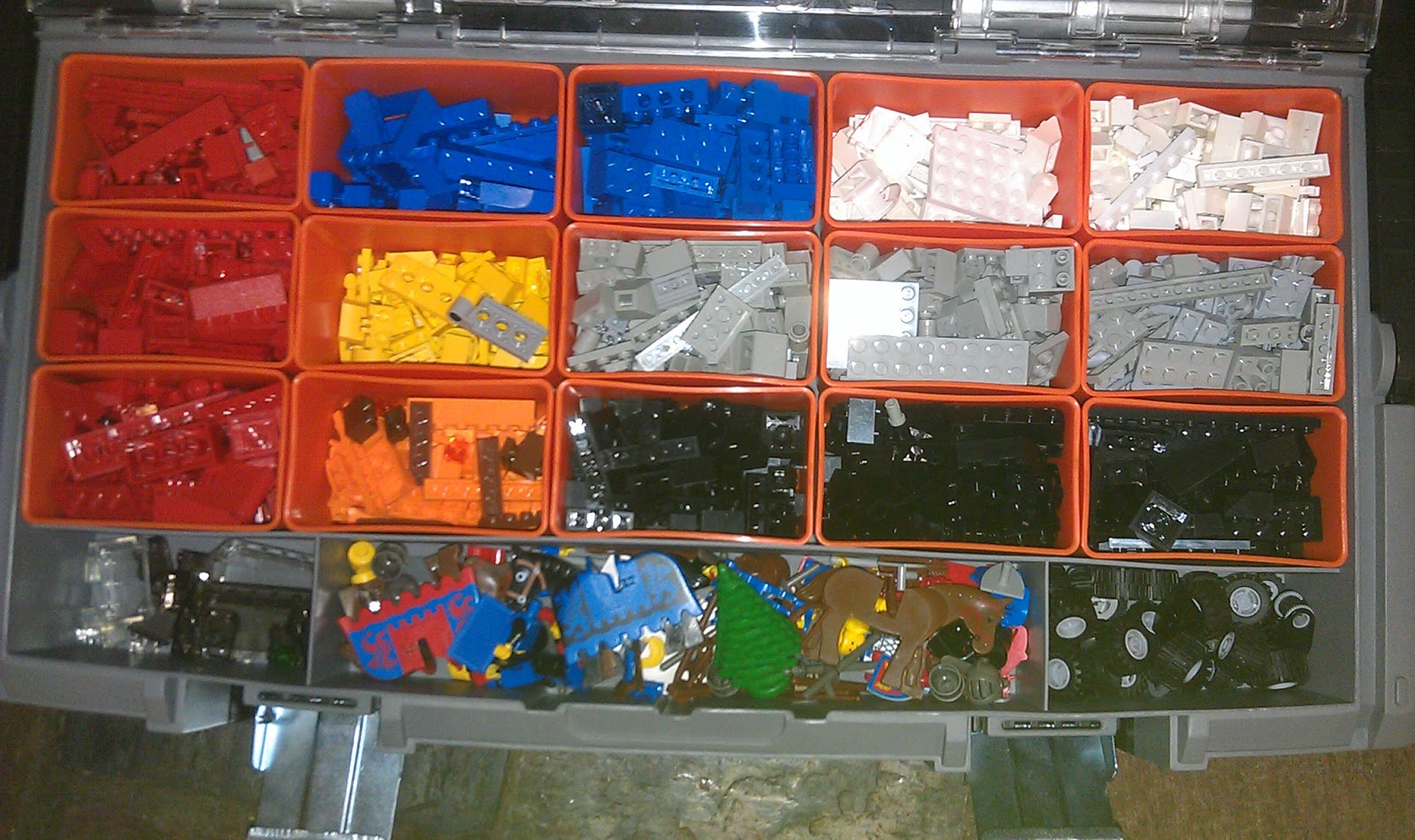 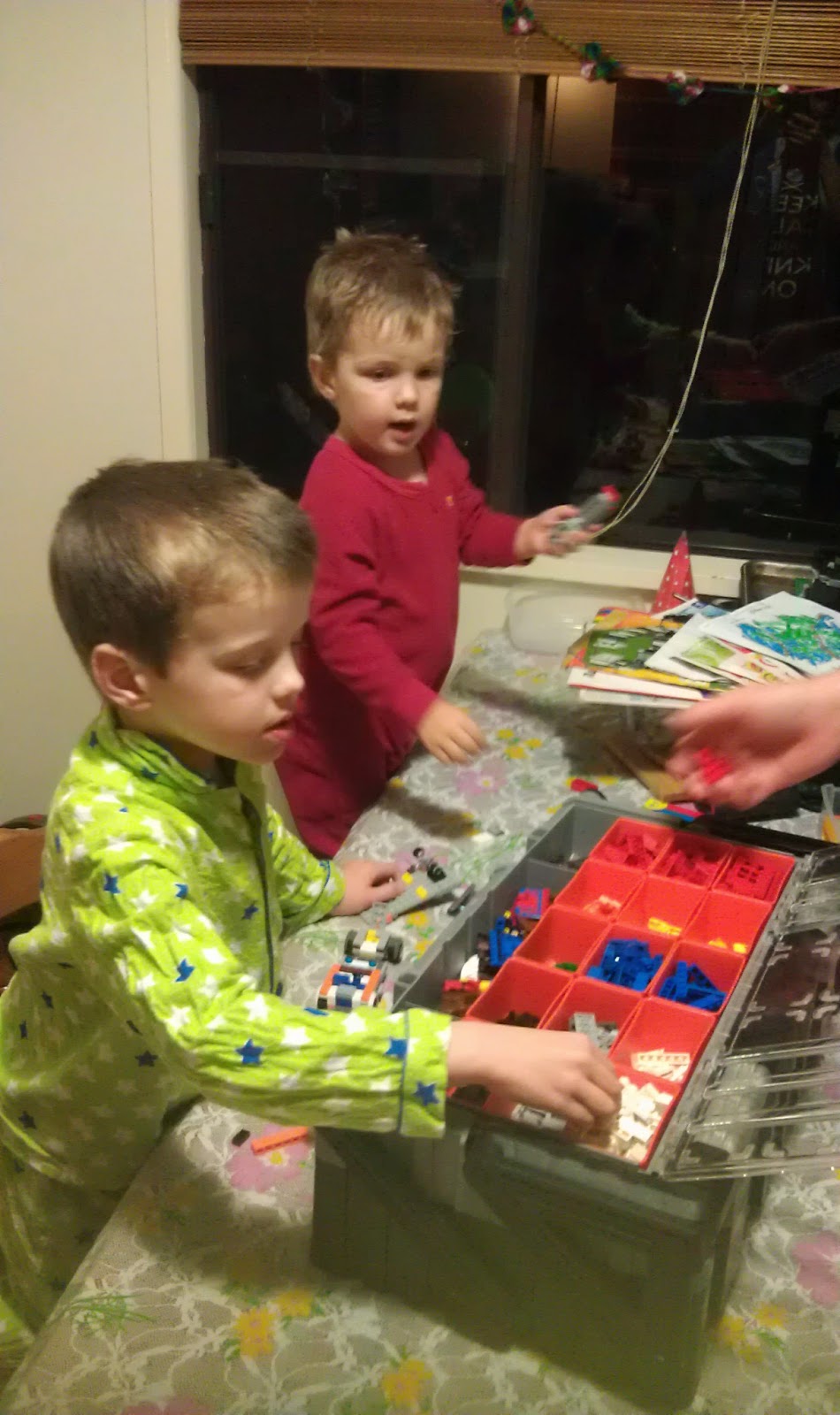 This was definitely a parenting win!
Posted by Clare at 3:42 PM