This weekend, Vincent was invited to a birthday party for one of his preschool friends. It was a Star Wars-themed birthday party. Since we don't own any Star Wars stuff, I thought I'd make Vincent a hat to wear to the party. There are lots of Star Wars patterns out there, but Vincent and I decided on this cute R2-D2 hat pattern. I adapted it to suit DK (8-ply) yarn (the most widely available yarn here in Australia) and changed a few of the elements of the pattern (like the vertical white lines). It is just a basic crochet bucket hat with a few embellishments, but it it resembles R2-D2. And,  I figured that if we ended up not being that "into" Star Wars, it would at least look like a robot hat. 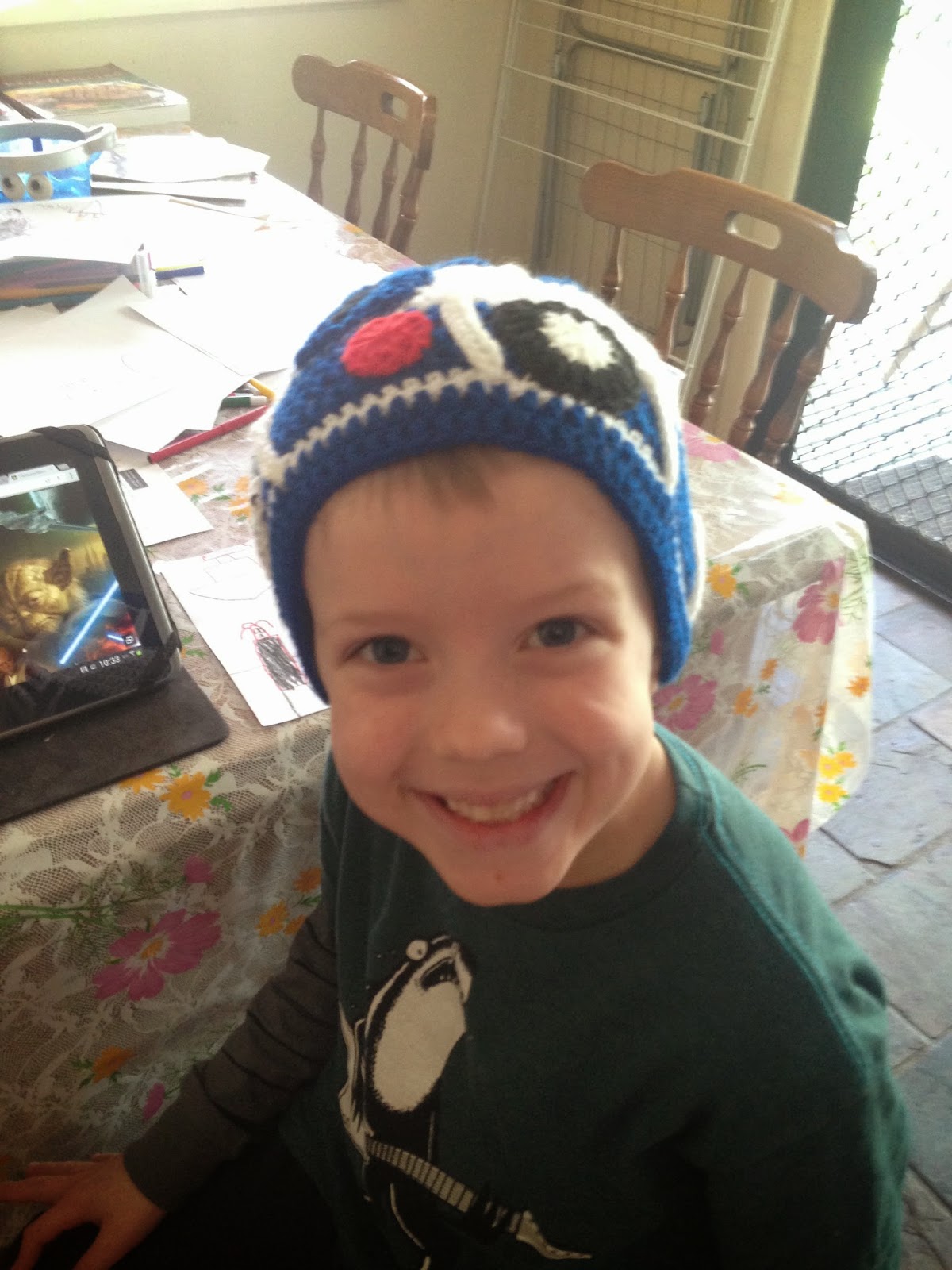 He was the only R2-D2 at the party. There were four Darth Vaders, a couple of Luke Skywalkers, one Princess Leia, and a Spiderman.

Then, of course, there was the matter of a gift for Vincent's friend. I tend to make birthday gifts, so Vincent and I decided I would make a R2-D2 hat for his friend as well. 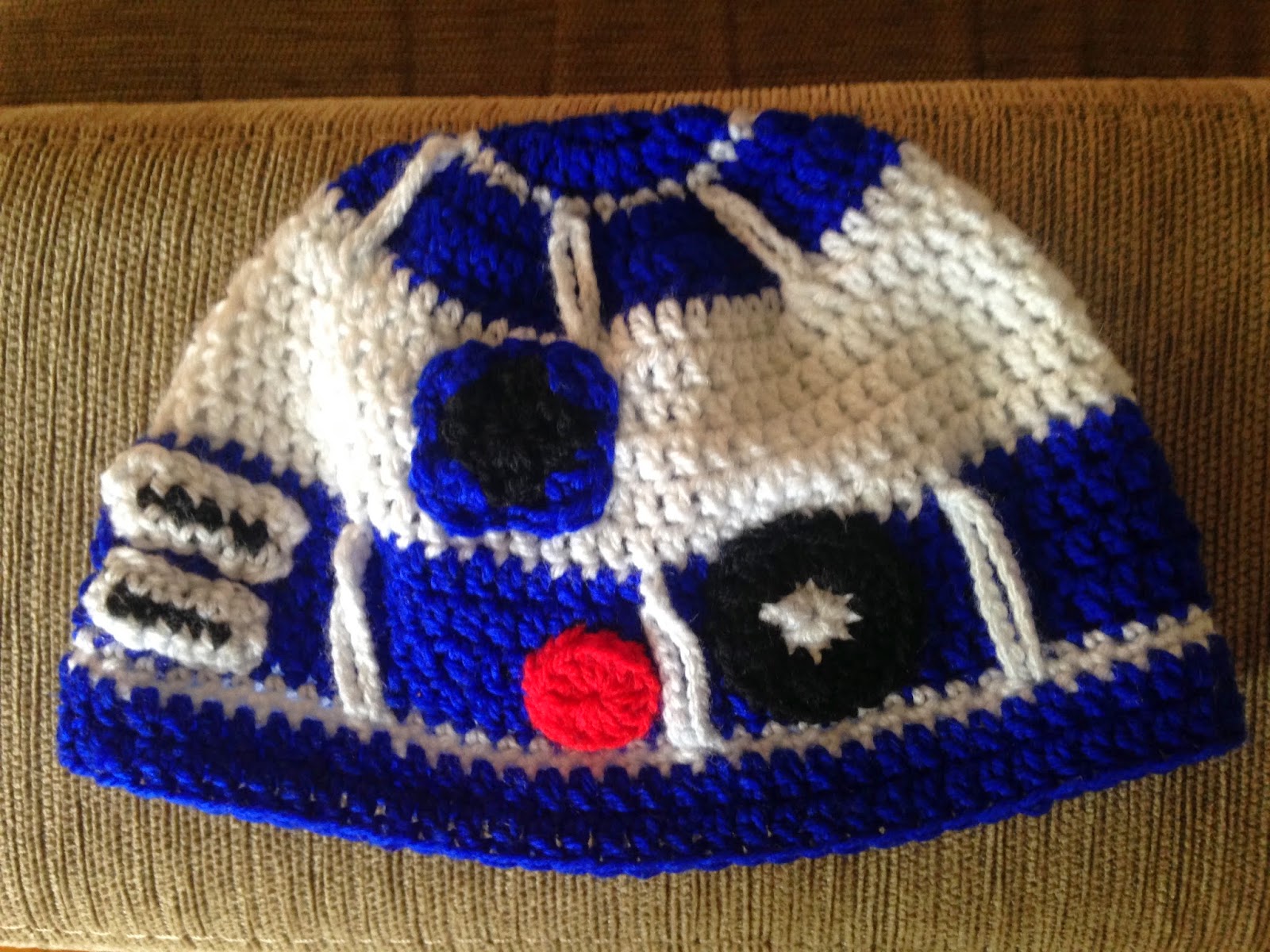 And, of course, Desmond didn't want to be left out. So I made one for him too! 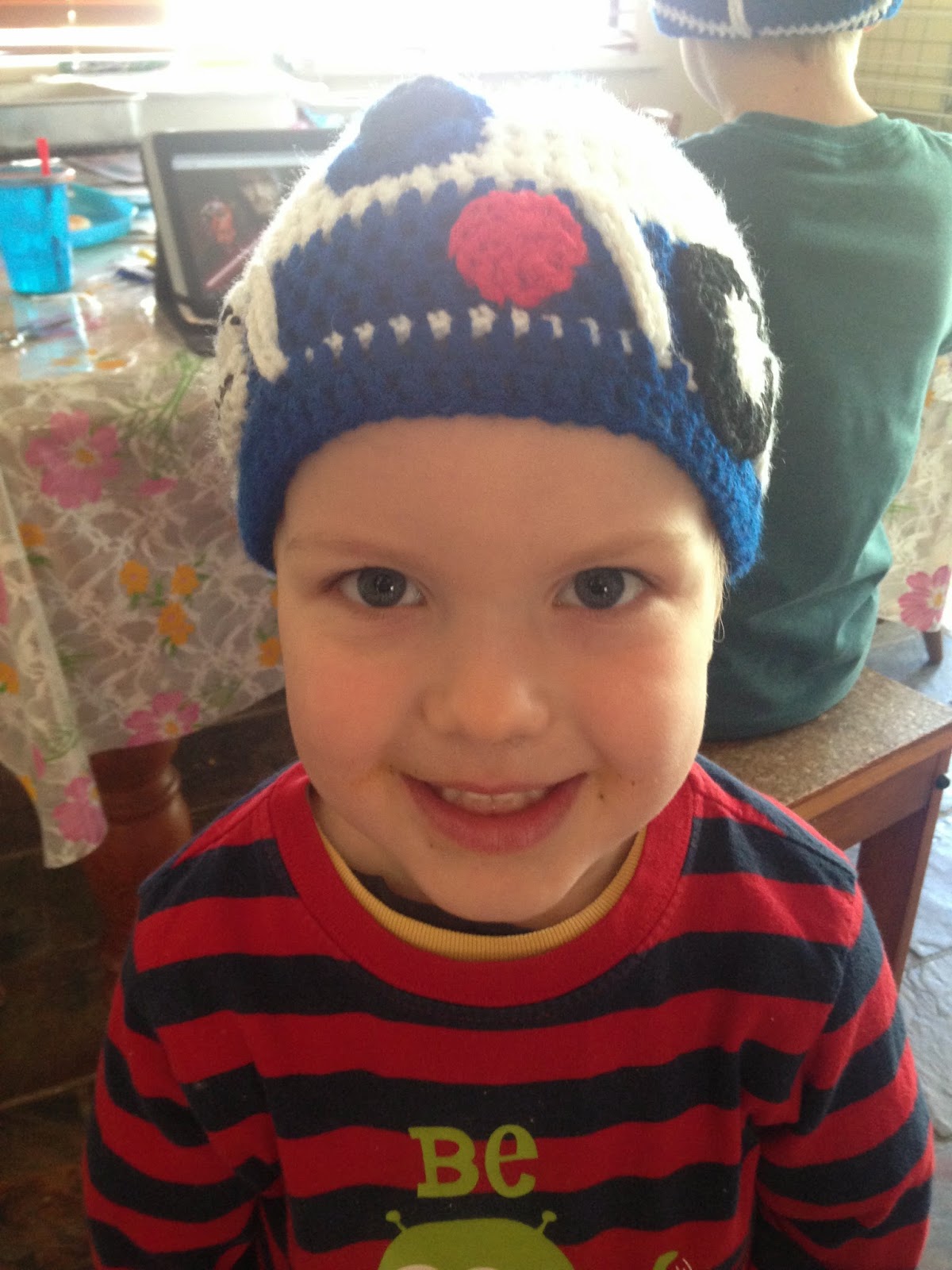 Three R2-D2 hats in less than a week - I think that might be some sort of record!


Until the invite came, Star Wars hadn't hit our house yet. But in the last week, Vincent has become much more interested in it. Yesterday, he drew this picture of Star Wars characters and ships.


I think this is just the start of the next "big thing" for the boys. (And I'm just waiting until Vincent realises that there are Star Wars Legos!)

I would be happy to make and sell these hats (or other hats/toys/accessories/sweaters/etc) to order. Please send me a message if you are interested and we can work out the details.
Posted by Clare at 2:27 PM