In part 3 of my series of home made Christmas gifts, I share with you the adorable toy I made for Desmond.

As I have mentioned in previous posts, Susan B. Anderson's book, Itty Bitty Toys, as become my "go-to" book for knitted toys. And I found within its pages the perfect Christmas gift for Desmond. Our baby will be 15 months old on 21 December and is starting to develop his own personality. He likes to "perform" to see what sort of reaction he will get from me, his daddy or his big brother. But most of all, he seems to want whatever it is his brother has. And one thing that Vincent has is lots of stuffed animals and toys. So I knew that I would be making Desmond a knitted stuff toy for Christmas this year. I chose the baby doll from the "Baby Doll Set" and adapted it to make it gender appropriate.

(Ok, so it is worth noting here that I am not at all opposed to boys playing with "girl" toys - in fact, I think it is a good idea. I don't really want to launch into a debate about boy toys vs girl toys vs gender neutral toys. Suffice it to say, although we have lots of trucks and dinosaurs and tools - traditionally categorized as "boy" toys, we also have lots of gender neutral toys and "girl" toys. And today at the library, Vincent picked up a book obviously marketed towards girls called "Ella Bella Ballerina." He held it all the way home and we have already read it twice. But I thought that Desmond would better identify with this little doll if I made it a boy rather than a girl.)

Meet Norman (Paul picked the name because we think he resembles a character from the children's cartoon series "Fireman Sam.") 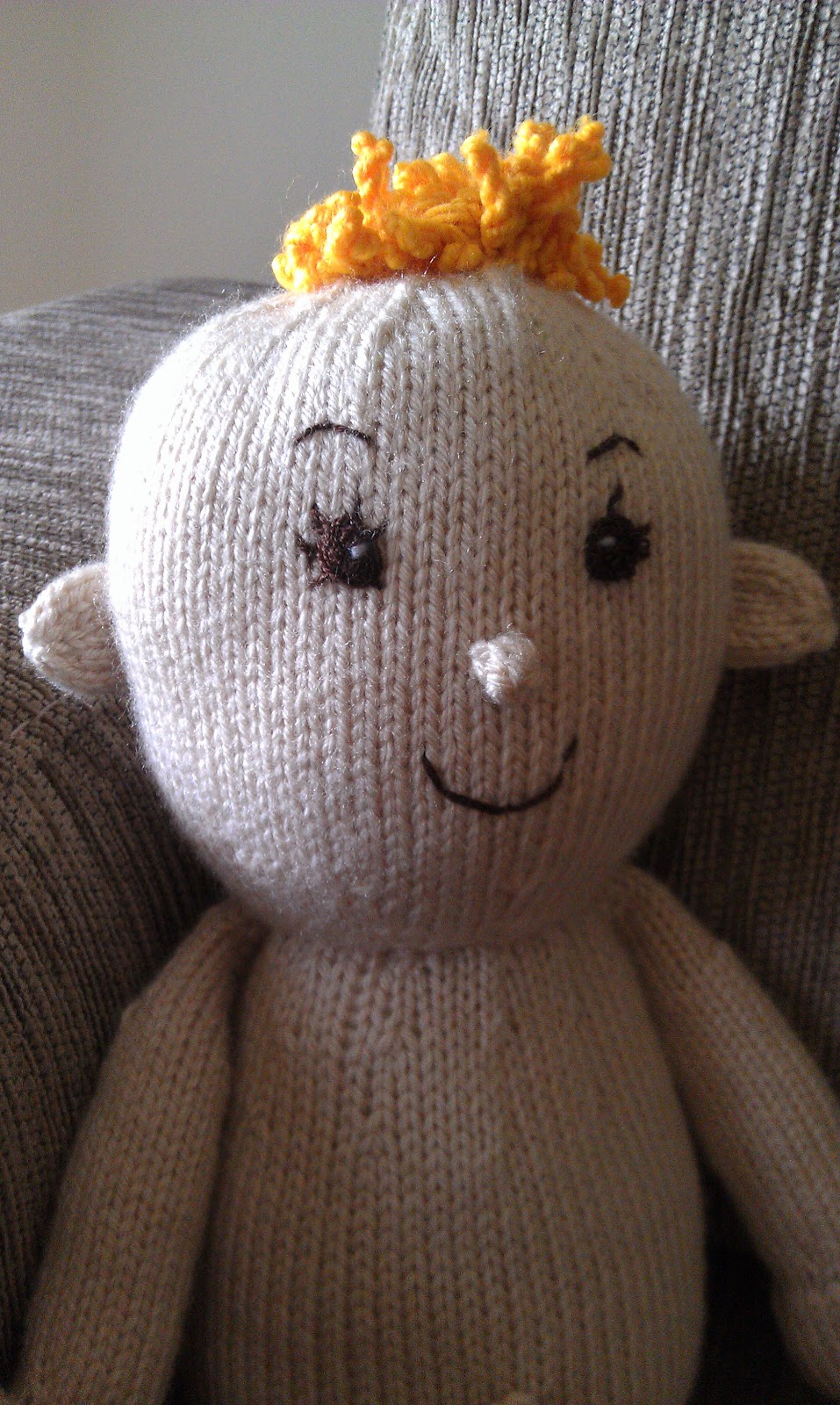 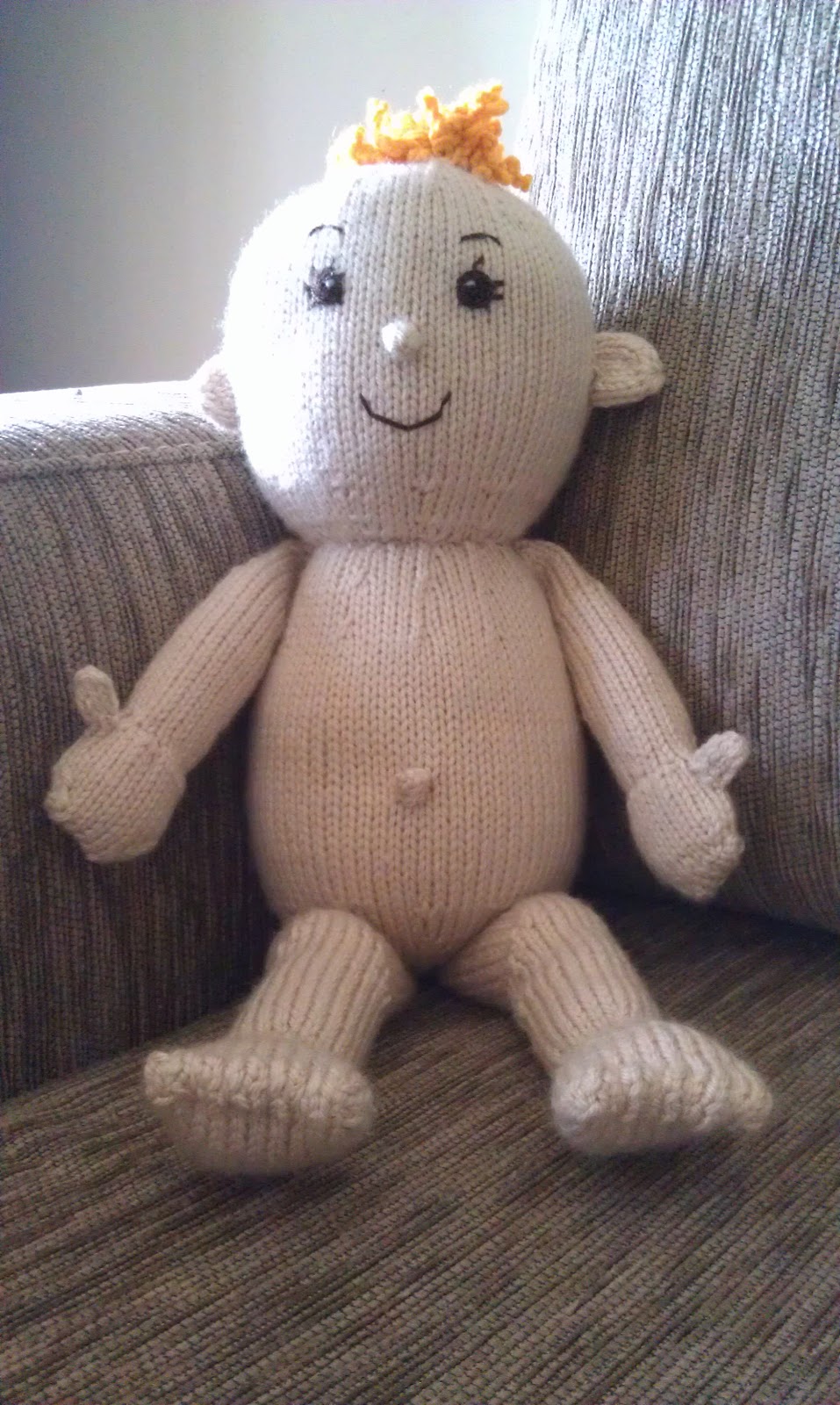 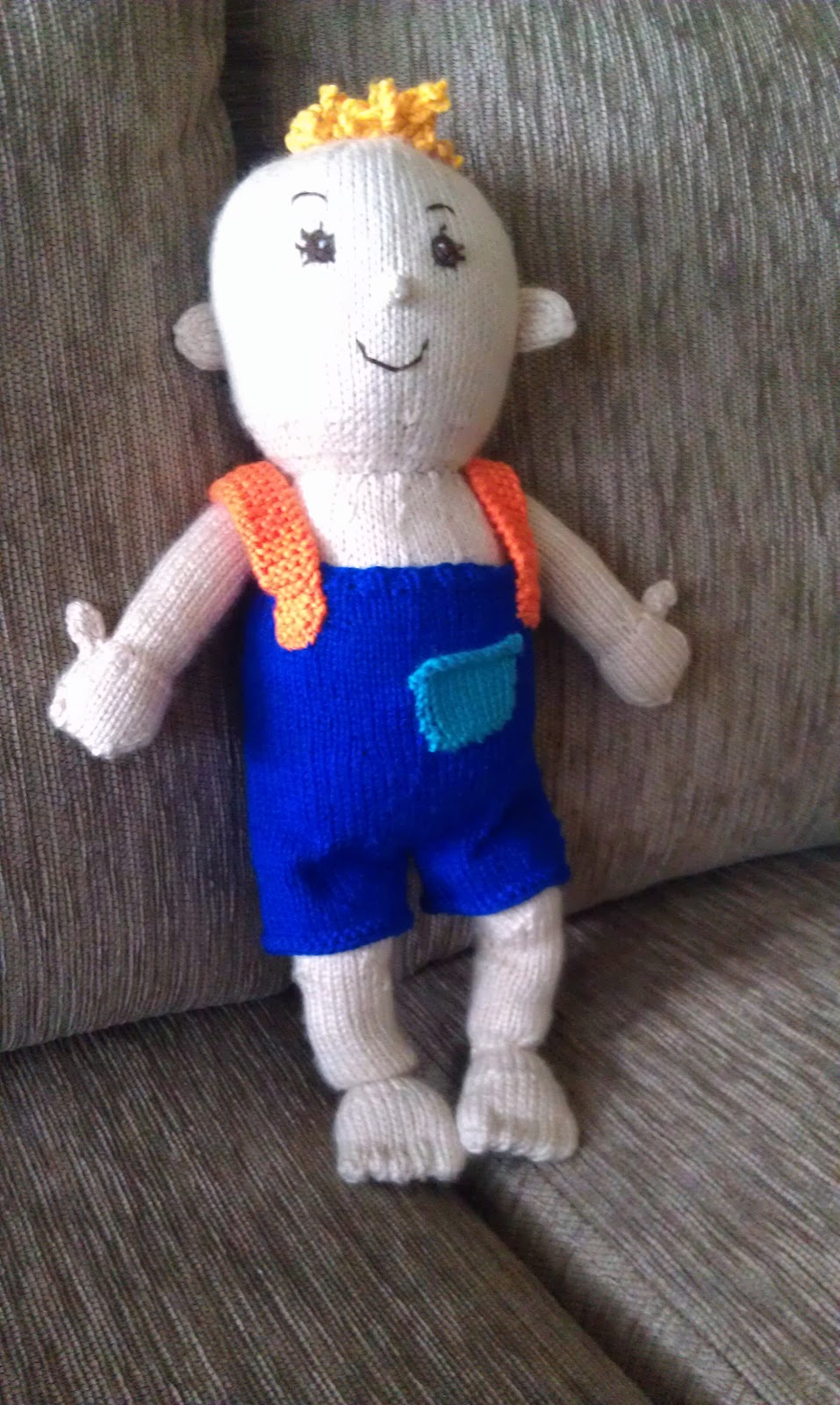 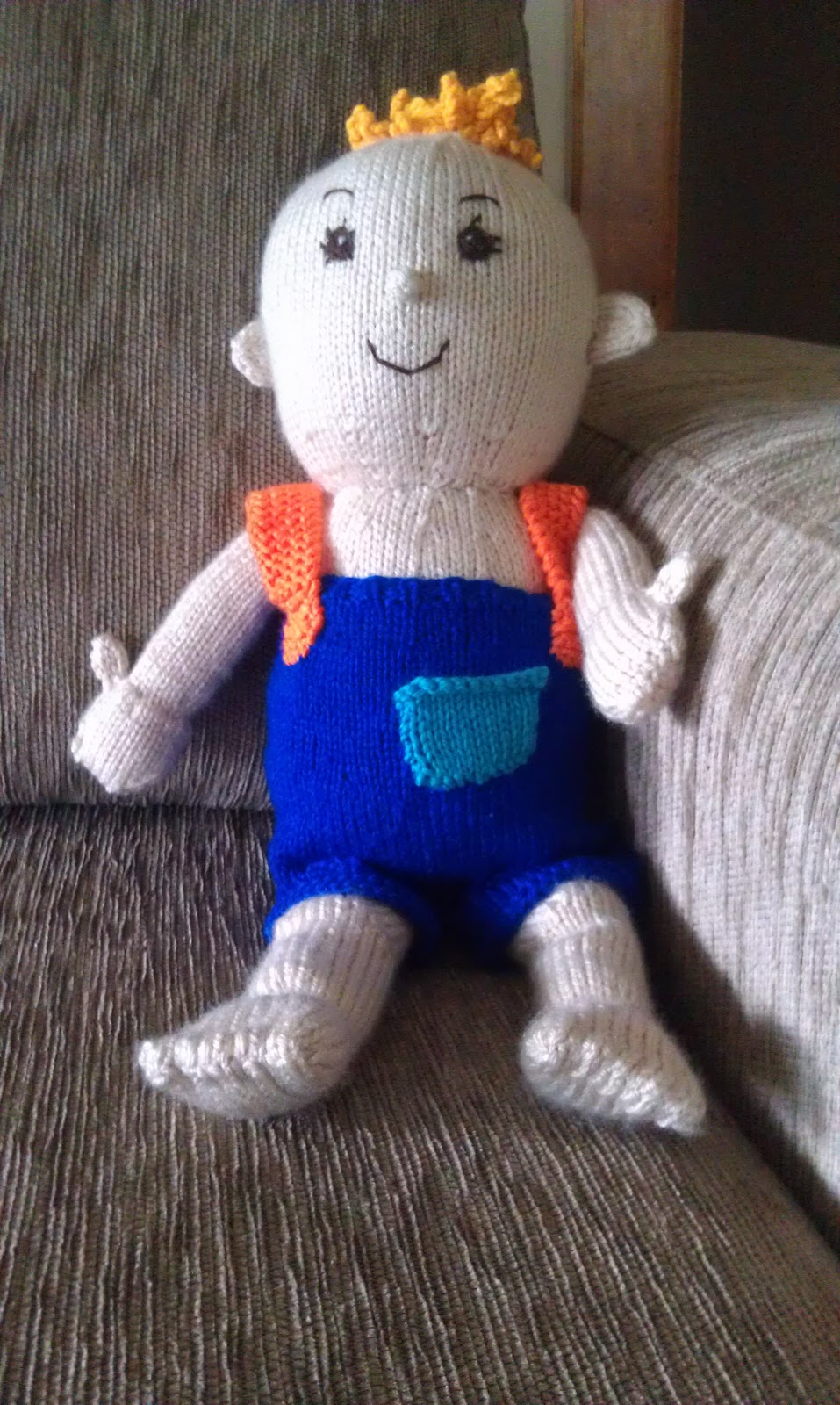 Simple construction, not much sewing together or seaming at the end. I didn't do the ruffled pants, sundress, and hat with braids from the original pattern. Instead, I knit up some short overalls and gave him a healthy crop of yellow hair. I think he turned out pretty well - he is chunky and solid. Perfect for a little boy to play with.