Desmond was born with a full head of hair. Beautiful reddish-blonde hair. Unlike Vincent's coarse dishwater blonde hair which sticks straight up if it is not kept short, Desmond's hair is fine, slightly wavy, with a bit of a curl when it gets damp. 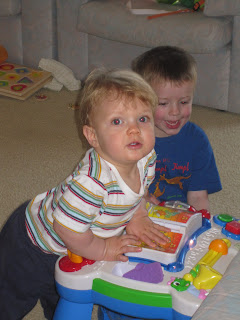 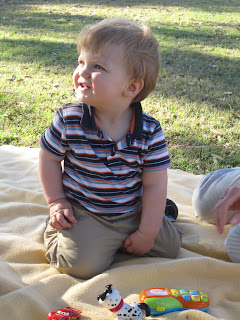 We had trimmed the front of his hair a couple of months ago because it was starting to hang in his eyes. But, in recent days, we realized that his hair was getting a bit shaggy and it was probably time for his first official haircut. And since the "buzz cut" look works for Paul and Vincent, we thought we'd try it on Desmond. The longest adapter Paul has for his cutter is a number 4. So we thought we give it a go.

We stripped Desmond down to his diaper, and I sat on the edge of the tub with him on my lap. Vincent brought a constant supply of toys to keep Desmond occupied. And Paul was armed with the electric razor/hair cutter. Desmond sat very still and took it all in.

After the first pass of the razor, Paul and I looked at each other in a bit of shock - this was VERY short. But he had to keep going. In the end, it turned out alright...but it will take some getting used to. Now my sweet little cherubic-faced Desmond looks like a bit of a tough guy! 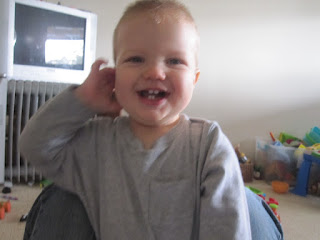 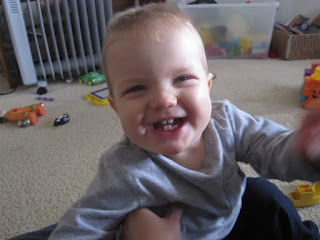 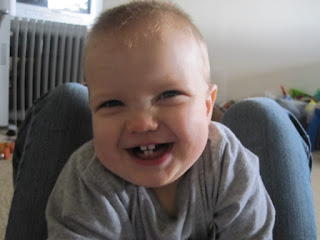