My nephew Zachary LOVES American football. And by "LOVES," I mean that he knows stats and players and rankings and details from the NFL - not just from this season, but from last season and the season the before that and the season before that... He plays football with his friends at school during the lunch break and plays catch with anybody who is willing to stand there and throw the ball back to him. For his birthday in March, we got him a Minnesota Vikings jersey. He wears it almost every single day.

No big deal, right? What 13-year-old boy doesn't like football?

The thing is - Zachary has lived in Australia his whole life. He learned everything he knows about football from the internet, NFL websites, and watching a few games on TV. His favorite team is the Philadelphia Eagles and his favorite player is LeSean McCoy. He throws an amazing spiral. I asked him where he learned how to do that. His answer? "YouTube."

But he had never been to a game in person - until Saturday afternoon.

The state of New South Wales in Australia has a Division 1 American Football League (here this sport is called Gridiron). There are nine teams that make up the division, and they play on Saturdays in venues around NSW from September through December (even though that is "football season" in the States, those months are Spring and Summer here). It is a "club" sport. The guys who play it do it for fun. They have practice a couple of days a week. They range in age from their late teens through to their 30s. And I didn't hear a single American accent when I was at the game on Saturday. Everybody I heard sounded like an Aussie.

On Saturday, there were two games scheduled for a venue near where we live. So, Paul and I invited Zachary to come along with us to watch the early game (it started at 4pm). It was between the Central Coast Sharks (from north of Sydney) and the Wollongong Mustangs (from a city south of Sydney). The venue was a field hockey field - artificial turf and quite a bit shorter and narrower than a regulation American football field. We estimated that it was only 80 yard long - including the end zones. And there was only one field goal post - and one arm was broken off. That meant that there were no field goal attempts and no extra point attempts. All extra point attempts following touchdowns were 2-point conversions.

Nevertheless, Zachary was in seventh heaven! 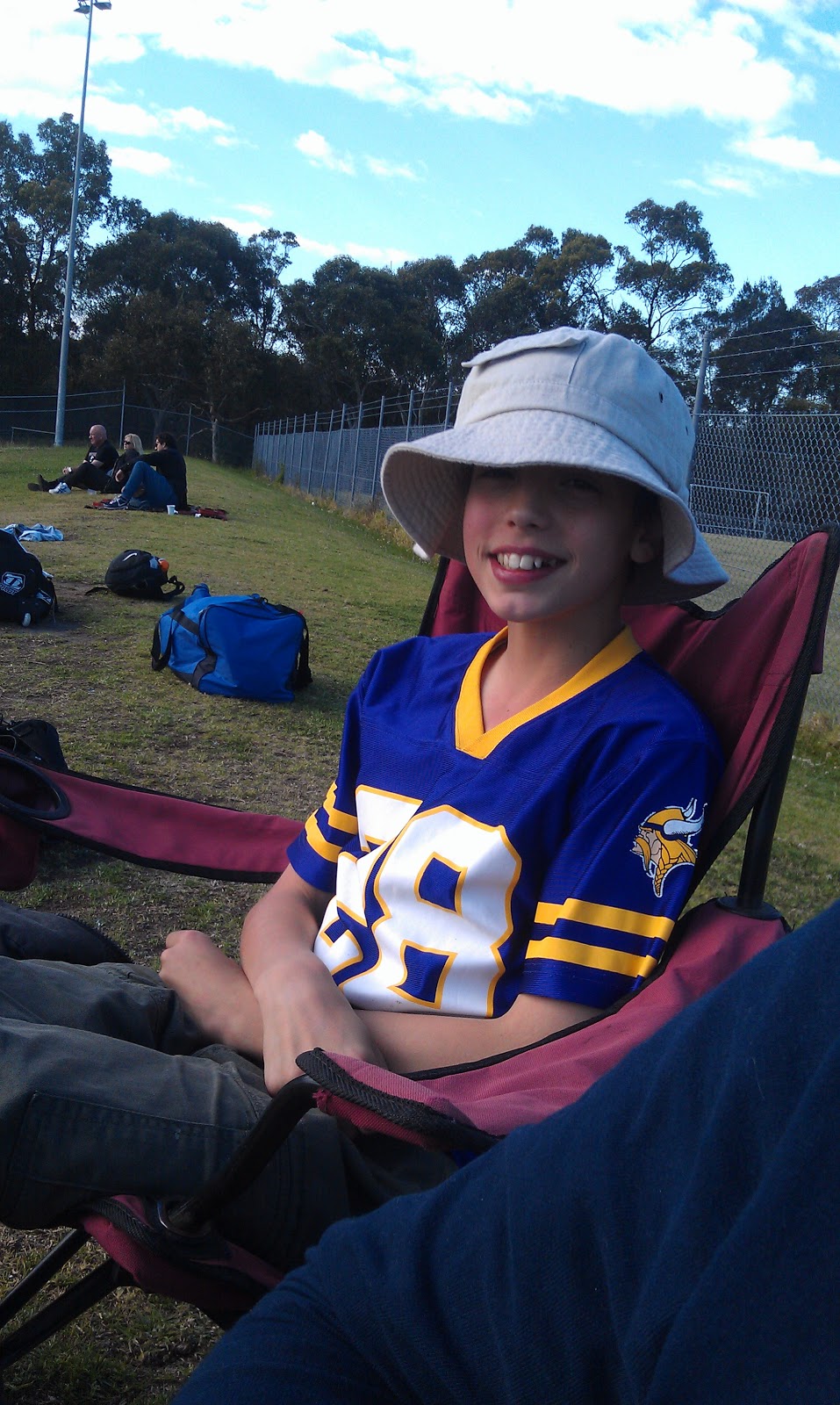 It wasn't a very good game - neither team was very good. It was maybe the level of a high school game. But that didn't matter. The day was beautiful and we had a lot of fun.

Wollongong was the better team - they scored so many times that we stopped counting. In fact, I have no idea what the final score was. The Central Coast scored twice - and by far the best and most exciting play was their final touchdown - a Hail Mary pass caught just short of the end zone and then run in for touchdown.

Here are some pictures from the day - Central Coast is in orange and Wollongong is in maroon. 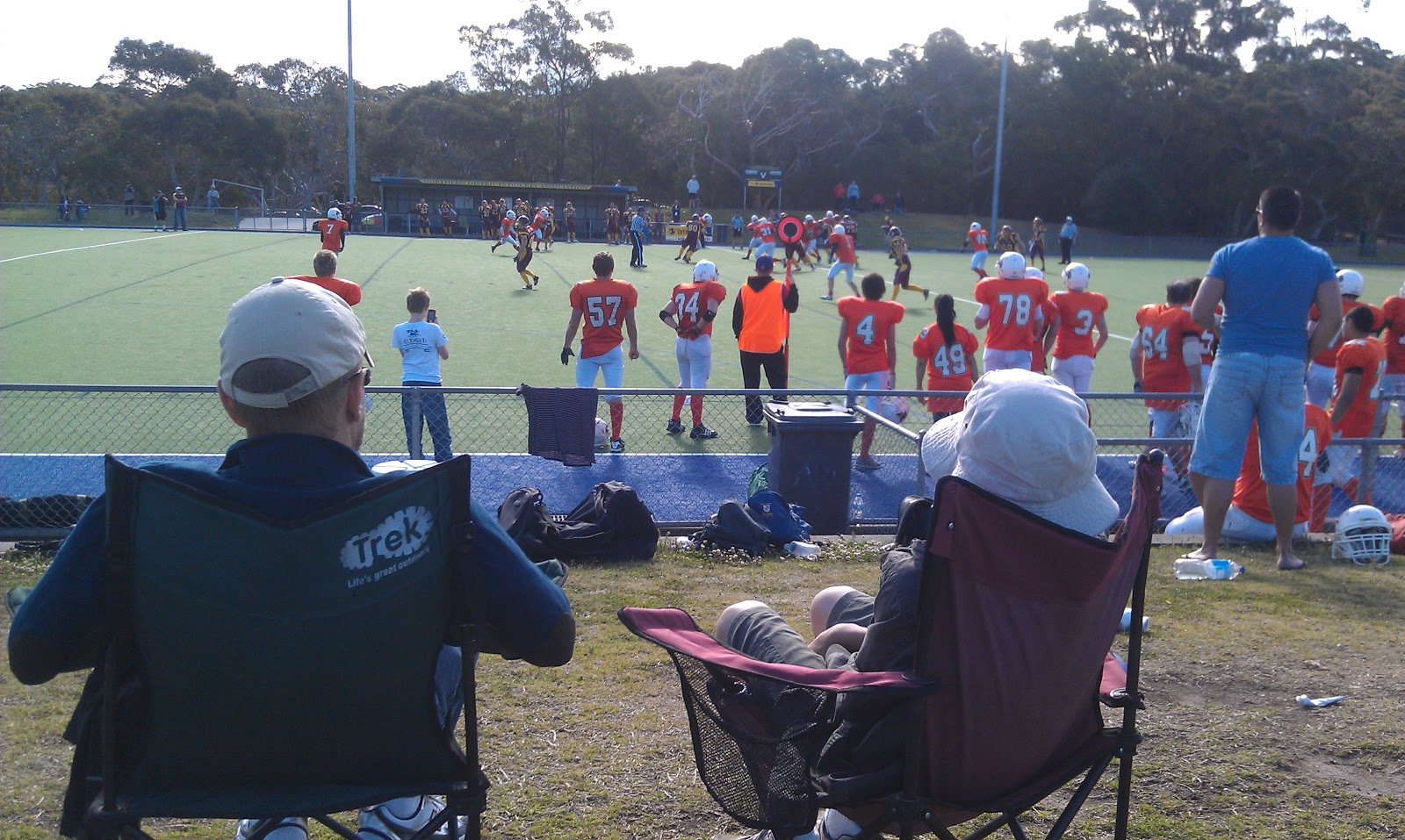 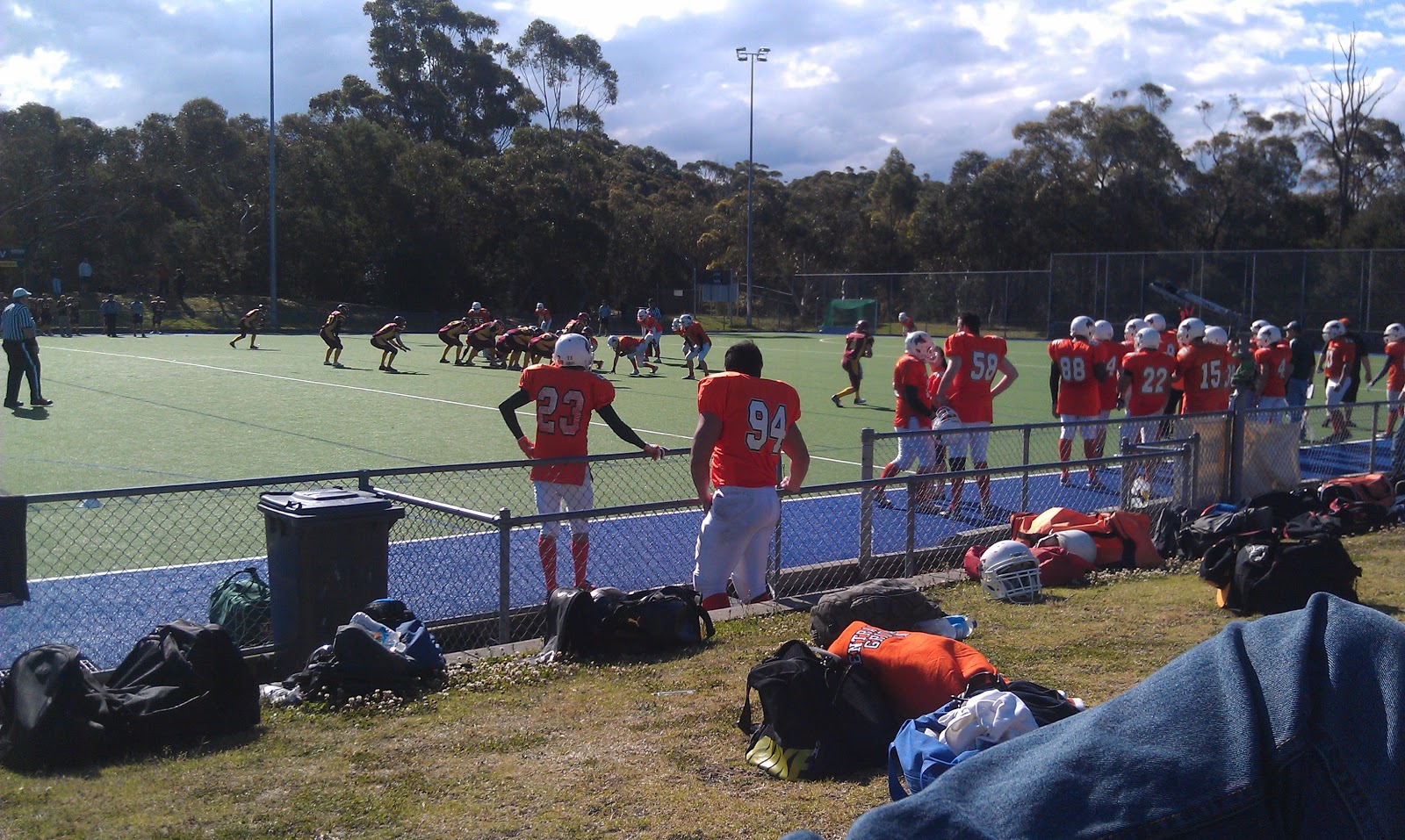 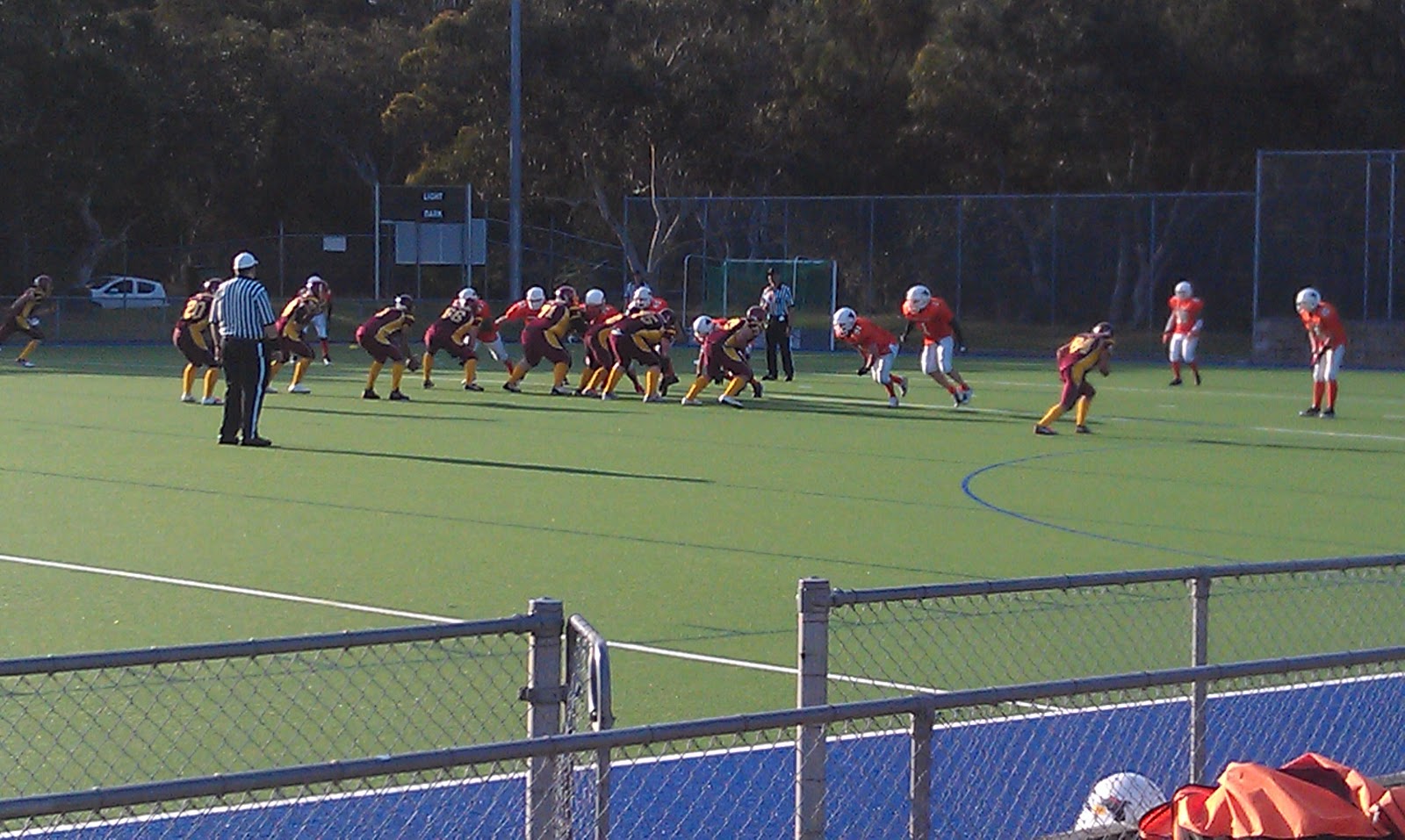 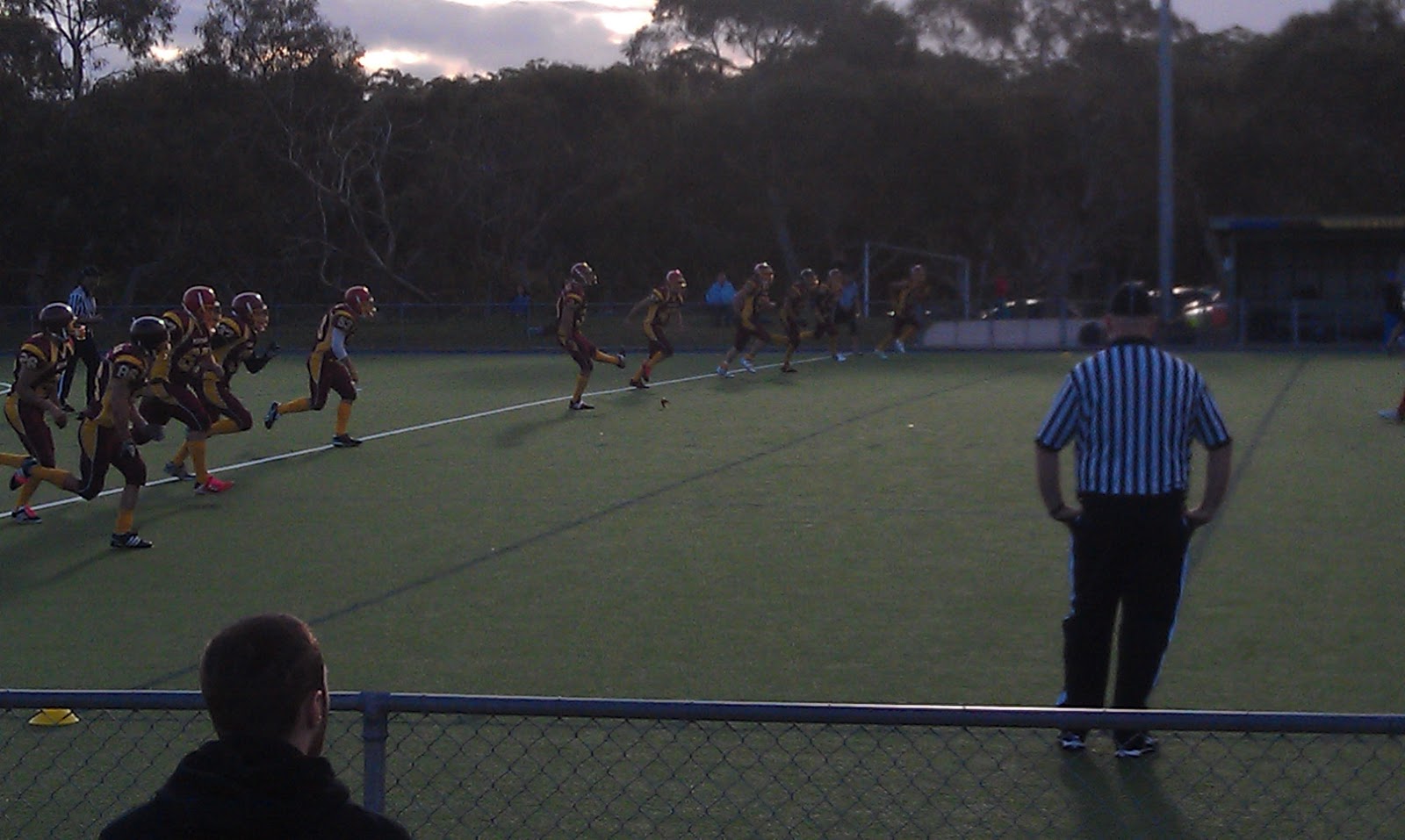 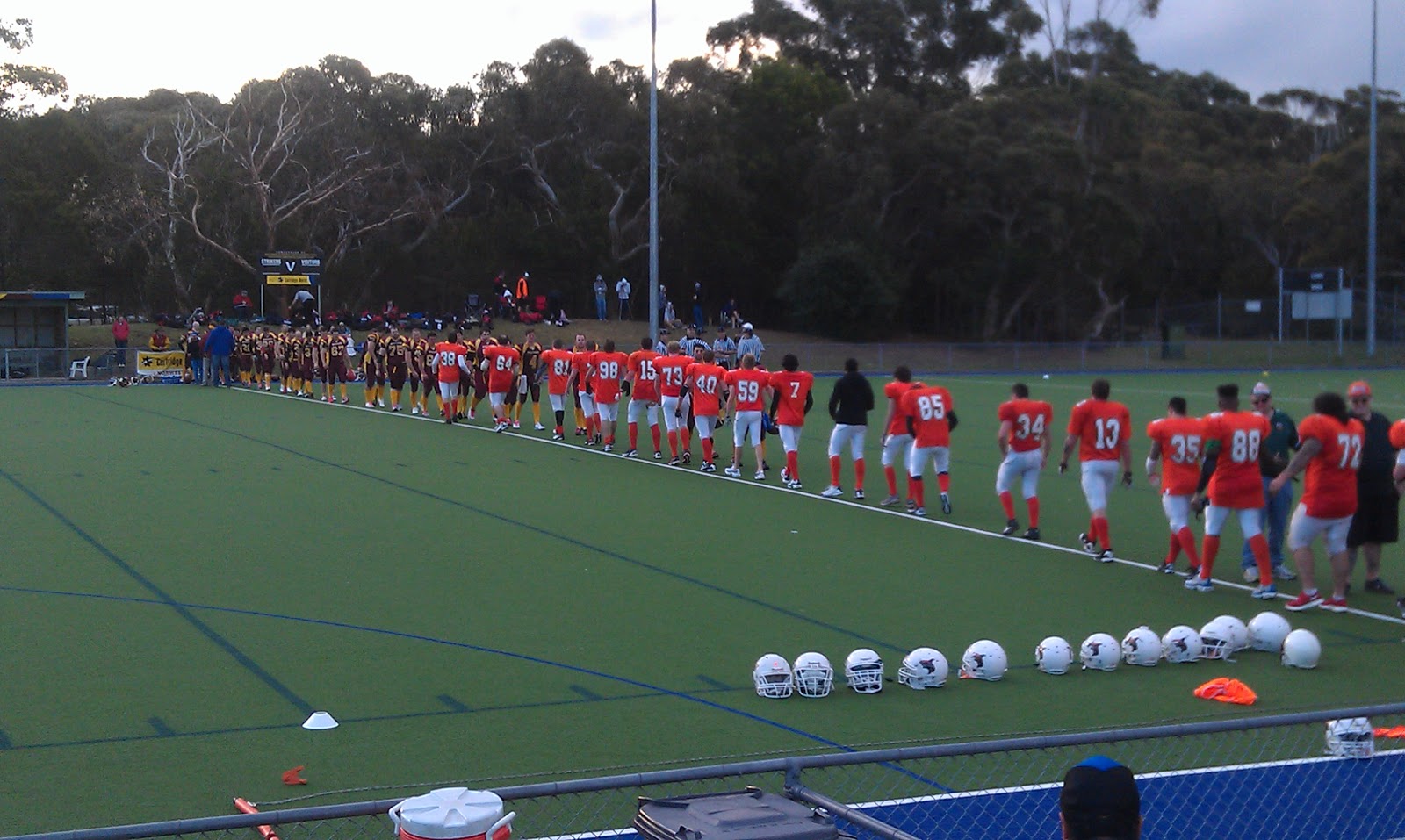 The half time entertainment was the spraying of hockey field with water... 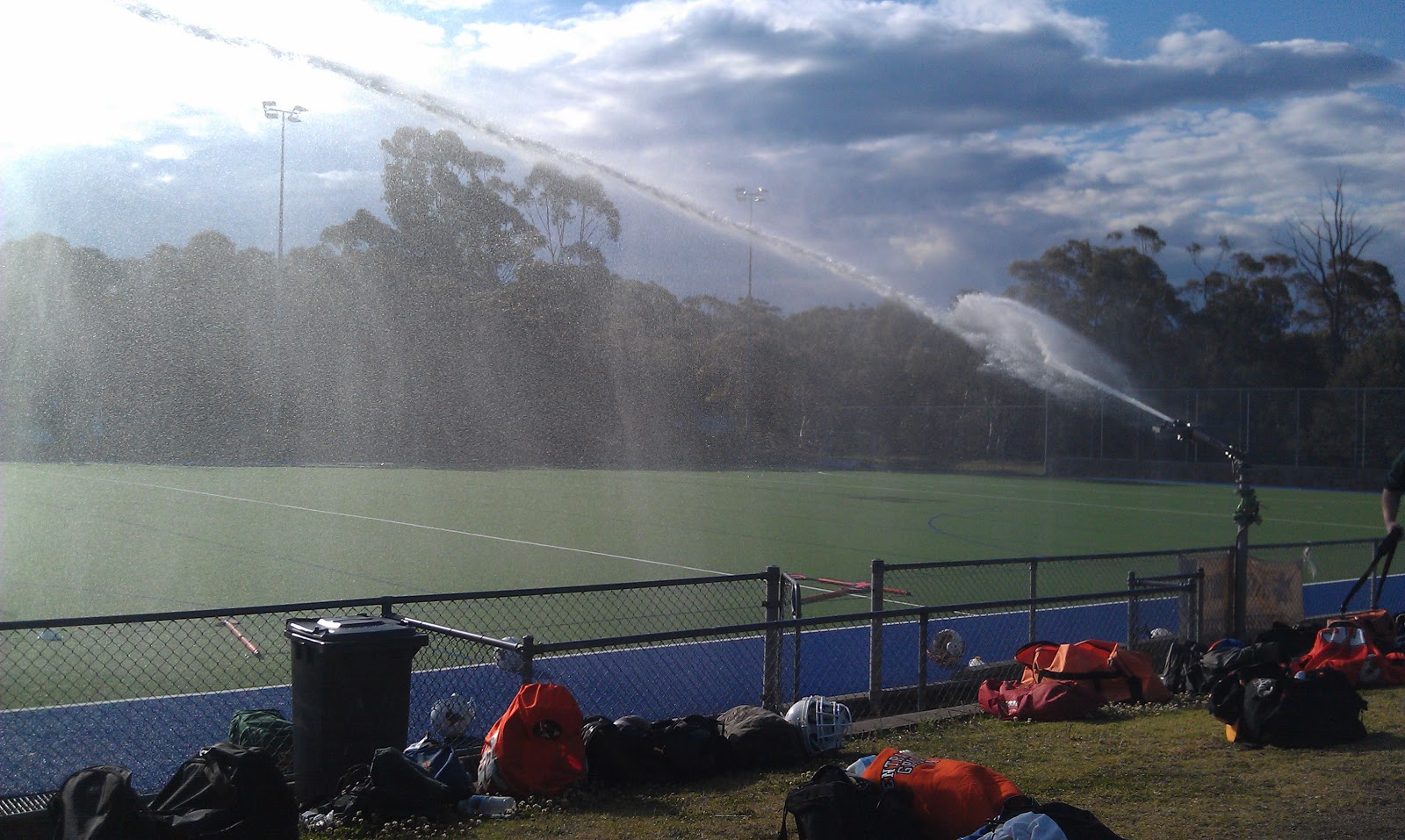 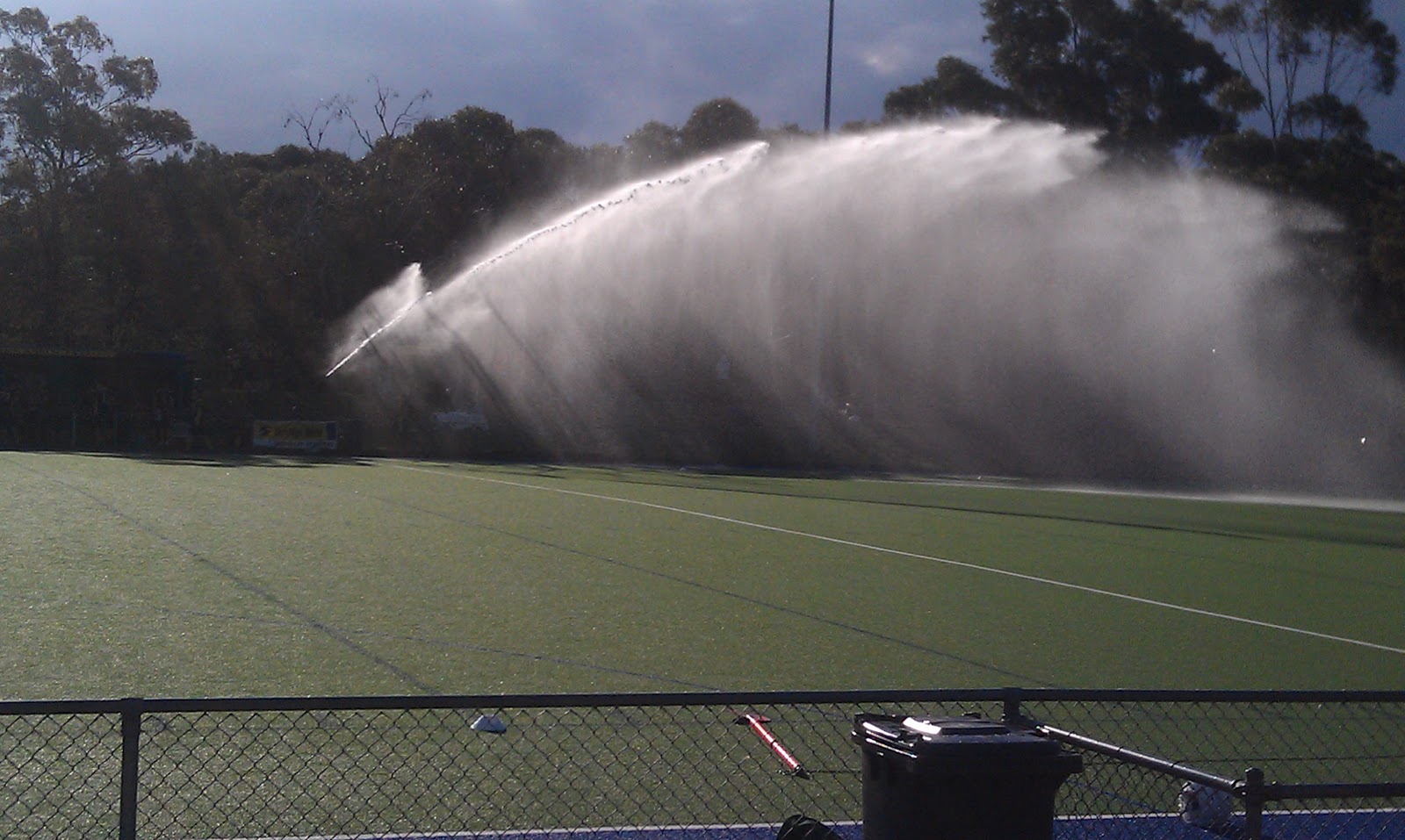 And what game wouldn't be complete without a hot dog?? 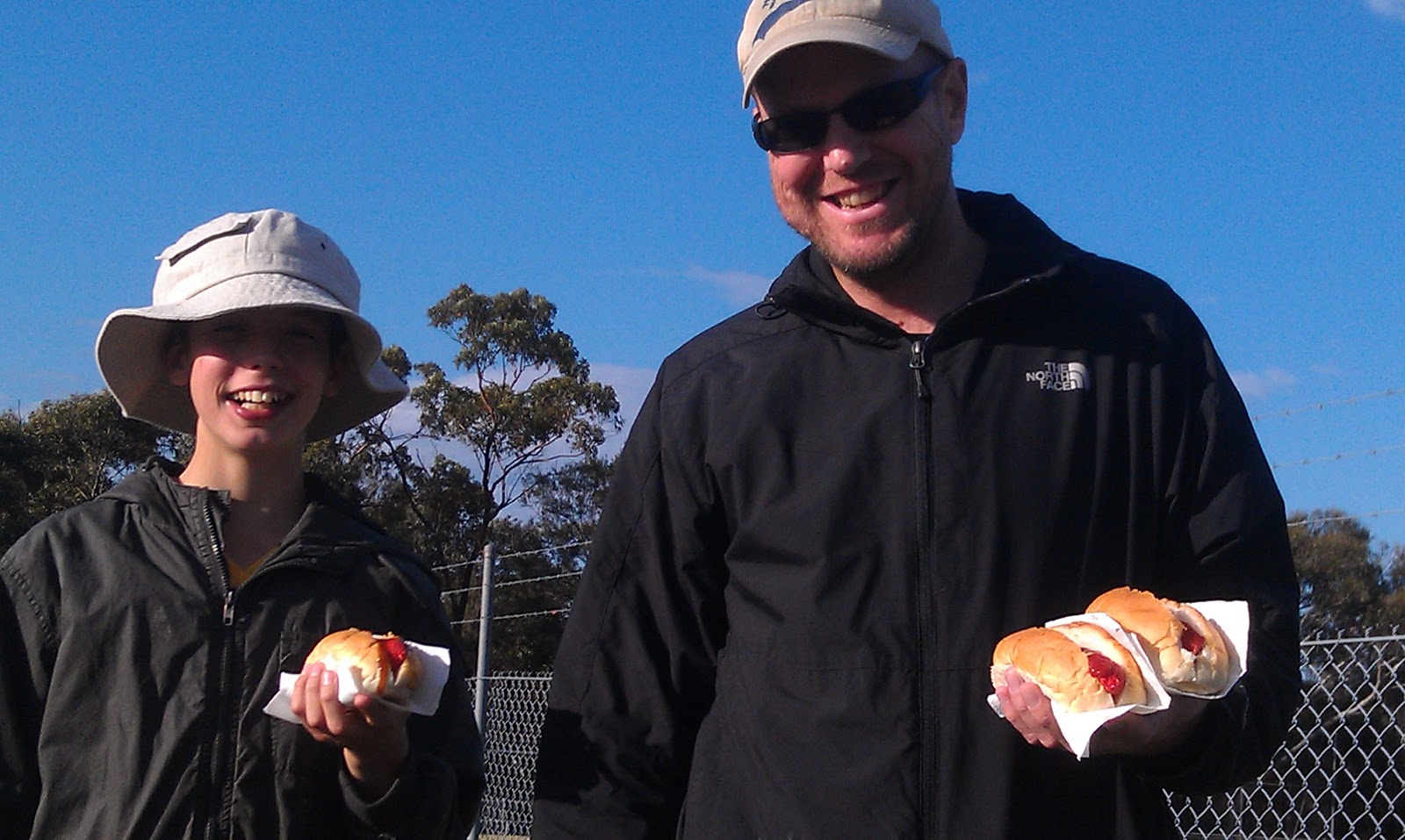 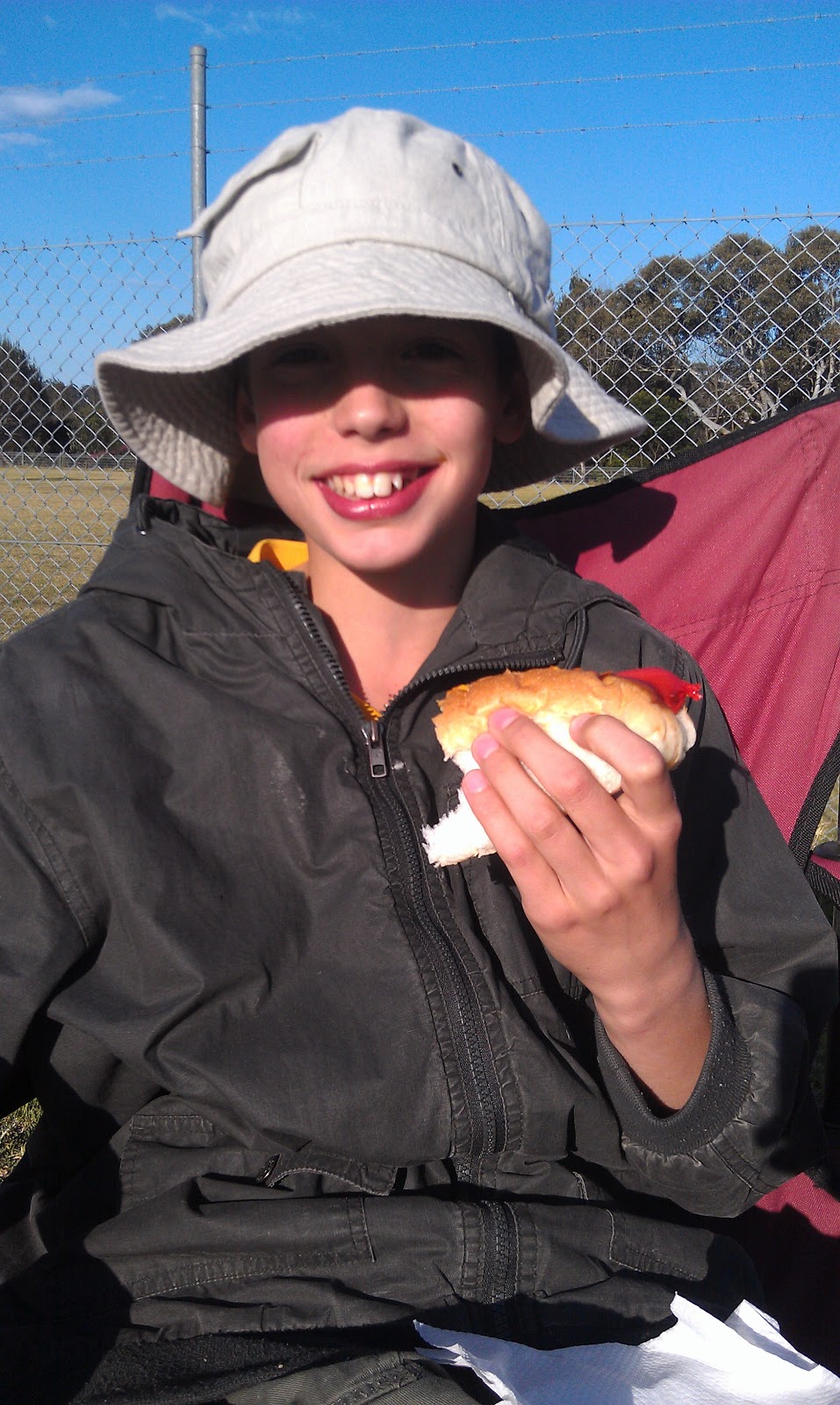