Why are the Aussies wearing green and gold?

Right now, people around the world are fixated on the 2012 Olympic Games. As the sporting drama unfolds in London, a friend of mine in the US sent me a Facebook message with an interesting question that had come up in a discussion about the Olympics at her work:

"How are the 'team colors' for Australia green and yellow/gold when the flag is red, white, and blue?"


Excellent question! The green and gold combination is prevalent throughout Australian culture - and particularly in sports. I had never really given it much thought, but as I considered the question, it occurred to me that it might have something to do with the Australian national flower: the wattle.


Turns out, my hypothesis was correct. According to the Australian Government's website "It's an Honour - Australia Celebrating Australians" (http://www.itsanhonour.gov.au/symbols/flora.cfm), the lowly wattle carries a vast amount of significance for Australian culture and history. For example:

The wattle also features prominently in the Australian coat of arms (along with the beloved kangaroo and emu): 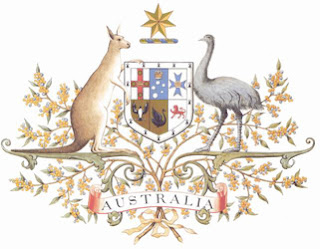 In Australian sports, perhaps more so than in any other aspect of Australian culture, green and gold plays a key role. The first association between this color combination and Australian sports was recorded at the end of the 19th century when the Australian cricket team wore green and gold hats and blazers (together with the traditional white uniforms of test cricket) for the first time during the Ashes series in England (**I promise a future blog post on cricket**). In 1908, the Australasian Olympic team adopted "green and wattle" as team colors. Today, these are the colors of the national cricket team, the Wallabies (rugby union), the Socceroos and the Matildas (men's and women's soccer), the Kookaburras and Hockeyroos (men's and women's field hockey), the Boomers and the Opals (men's and women's basketball) and, of course, the Australian Olympic team. 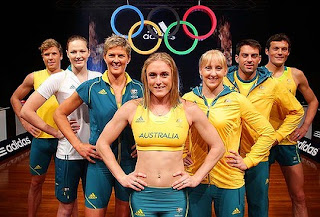