Vincent, Preschool, and a New Crown

Yesterday was Vincent's first day of preschool. I know it is a bit of a cliche, but it is so hard to believe that he is old enough to be a preschooler! Of course, he didn't think it was any big deal - same daycare (different room), same teacher, same friends. But now, as he proudly told me, he is a Wallaby - no longer a Wombat.

(At our daycare, each of the rooms is named after an Australian animal that, in my opinion, shares qualities with the kids in that room. The babies are Koalas, the toddlers are Platypuses, the two/three-year-olds are Kangaroos, the three/four-year-olds are Wombats, and the preschoolers are Wallabies.) 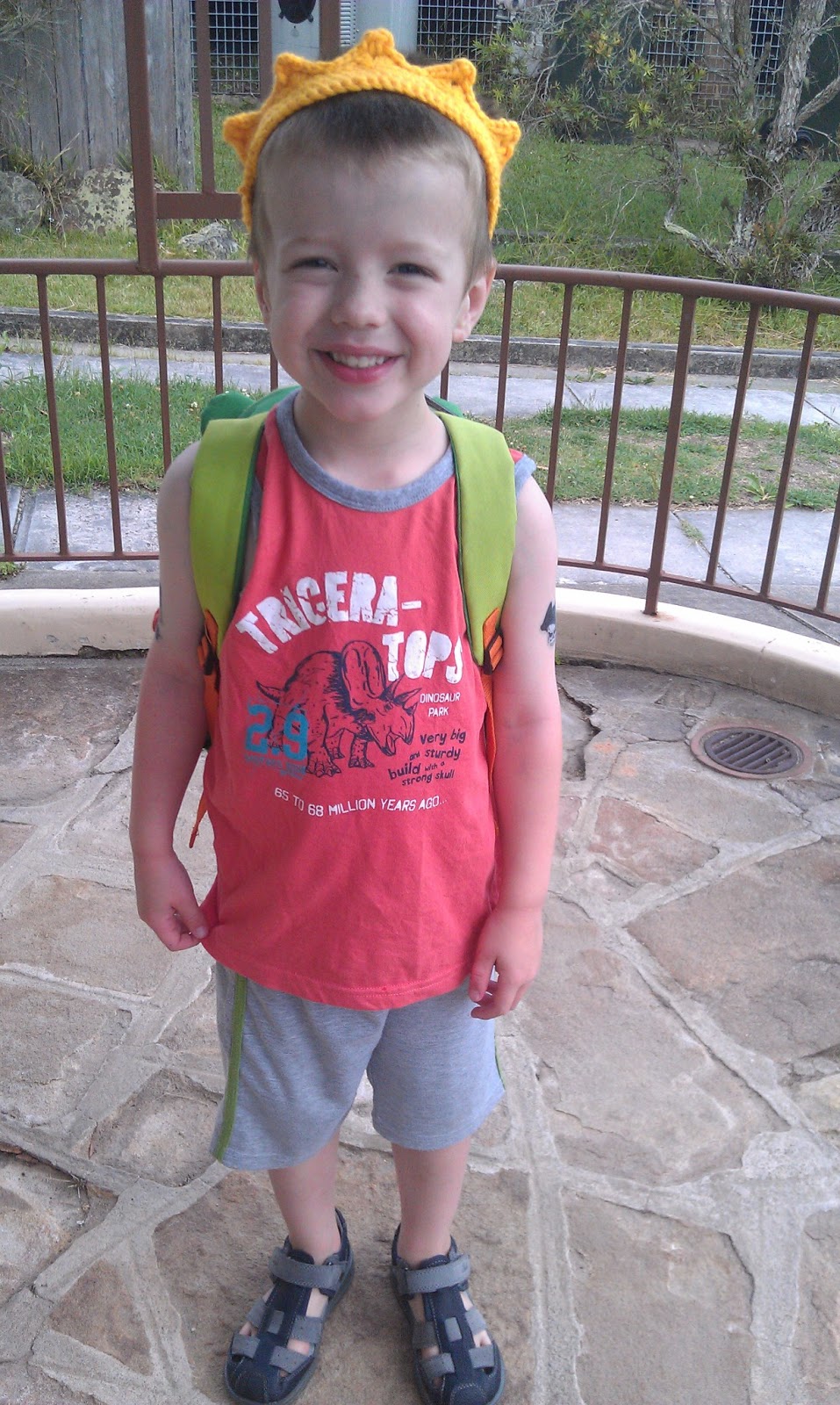 To celebrate this preschool/Wallaby milestone, I decided to make Vincent a crown from a great pattern I found at Stitch11. (If you are a crocheter, be sure to check out this website - lots of fantastic patterns - I can't wait to make the snake puppet for Vincent's birthday and the monkey hats for both boys!) It was quick and easy - it only took took a couple of hours! The result is adorable, and I would definitely make it again (Vincent has already told me that I need to make one for Desmond in blue). I chose yellow not only because crowns are usually yellow, but because yellow is also Vincent's favourite colour. 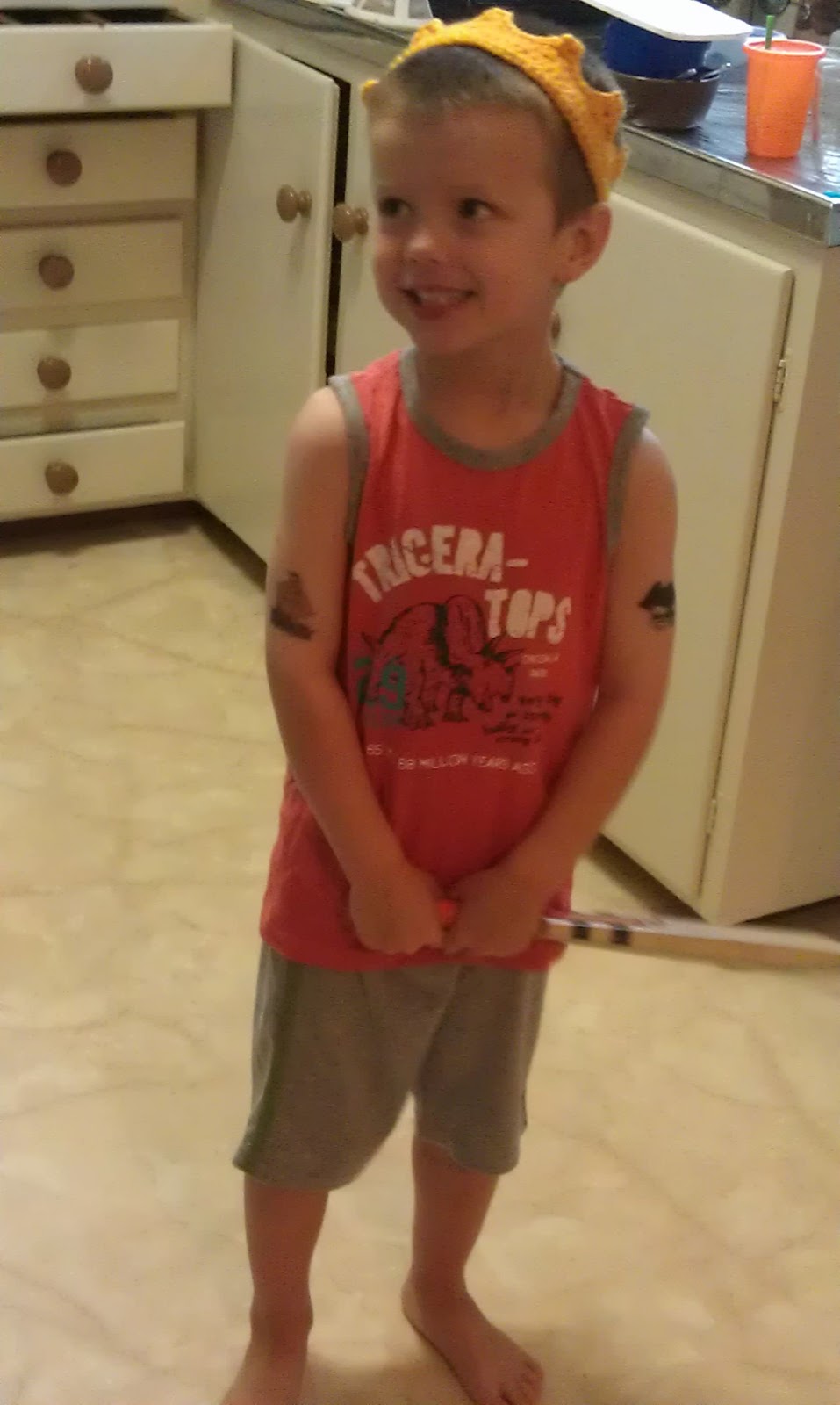 He loves it! He wears it at home, in the car, and wanted to wear it to preschool, but we decided that wouldn't be a good idea. But he won't wear it when he plays cricket ("Cricket players don't wear crowns, Mama!") I did take it to daycare with me yesterday afternoon when I picked the boys up so that he could show his teachers. One of them commented that it looked just a bit like the crown that Max wears in Where the Wild Things Are. Maybe a future Halloween costume?