For the past two weeks, the boys have been in full-time daycare, Paul has been at work, and I have been home - by myself! It has been great - very relaxing, rejuvenating, and relatively productive. It was just the break I needed before I start working 3 days a week this week (and the boys are home with me for the other 2 days). In addition to keep up with regular household chores (i.e., laundry, vacuuming, laundry, cleaning the kitchen, laundry, cleaning out the car, and more laundry), I had lots of time to knit and crochet and watch a bit of "junky" TV - including the start of the new season of Downton Abbey - which, by the way is not "junky" TV. (I also did a bit of work on an article I have been writing, but didn't quite get it finished). It was fantastic!

At the beginning of last week, I discovered two crocheting and knitting blogs: mooglyblog.com and stitch11.com. Both sites have loads of cute, practical and free patterns, as well as links to other cute, practical and free patterns. So, in addition to knitting and crocheting, I also spent time checking out these (and other) great sites and making mental lists of items to make for future birthday and Christmas gifts.

If you follow my blog, you will know that I started this knitting and crocheting marathon with a crown for Vincent as a celebration for his first day of pre-school. He loved it and immediately requested one in blue for Desmond. And then, two days later, he told me, very politely, that the one I made for him was a bit too small and asked if I could make a bigger one. So I did - but it got a bit too big and is more like an ear warmer than a crown. Oh well - he can grow into it!

In addition, I started working on Vincent's birthday gifts (even though his birthday isn't until April). After spending time drooling over the great patterns on mooglyblog.com and stitch11.com, I chose this cool shark pouch/pencil case and this fun snake puppet. I still have to put the teeth, zipper and eyes on the shark (and I really have an aversion to putting in zippers...) and I still have to start the snake. But I think he will really like both!

The wife one of Paul's co-workers is expecting a baby soon, so I also made a pair of my "go-to" booties from Louisa Harding's Natural Knits for Moms and Babies. These booties are great - they are knit flat and seamed up the back and across the sole. Very quick to knit and use only a small amount of yarn - great for "stash-busting!" 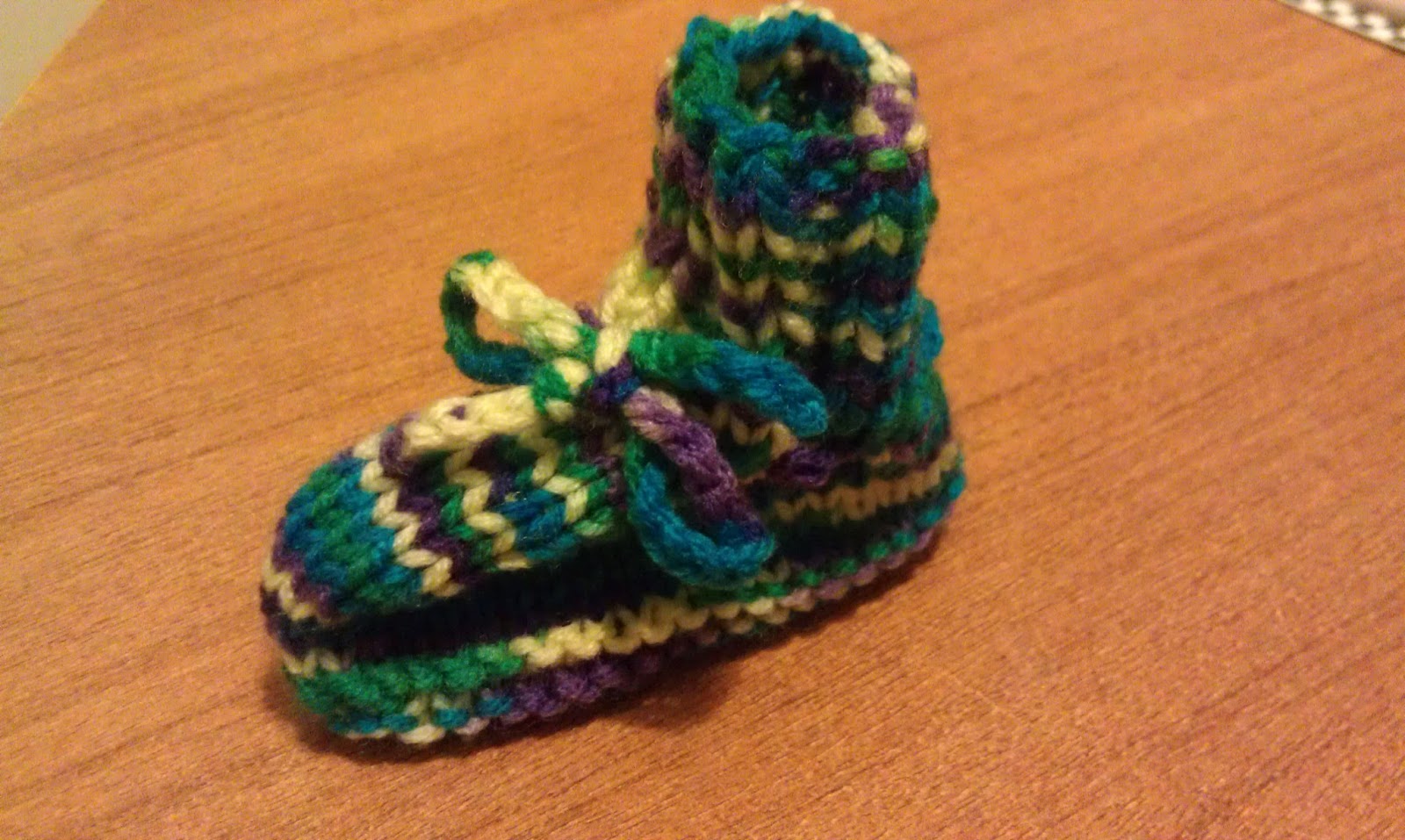 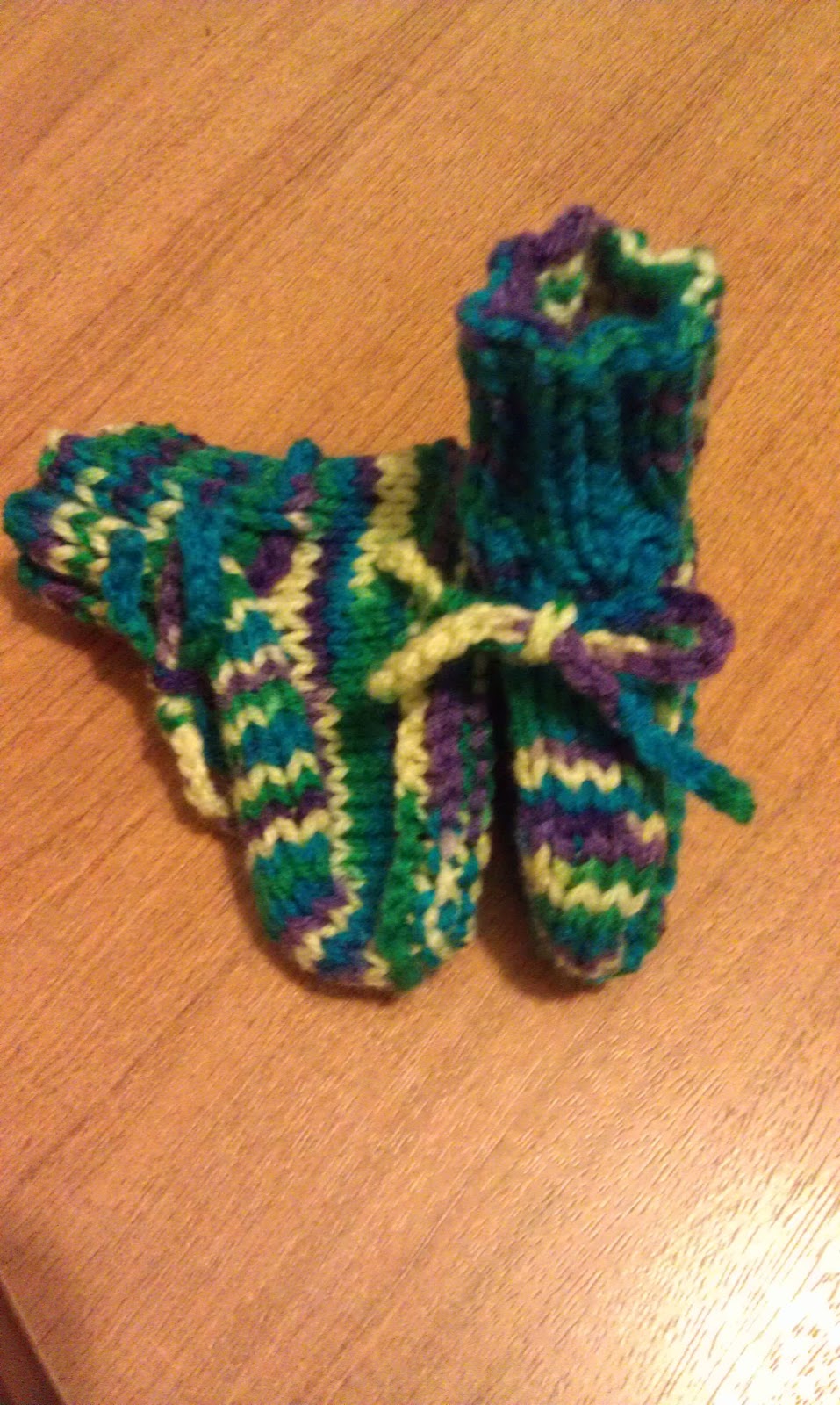 I spent most of the first part of this week working on the Artfully Simple Infinity Scarf from mooglyblog.com for a friend. I had a few skeins of a highly textured yarn that ended up producing a lovely scarf/cowl/wrap. I was very pleased with the result! 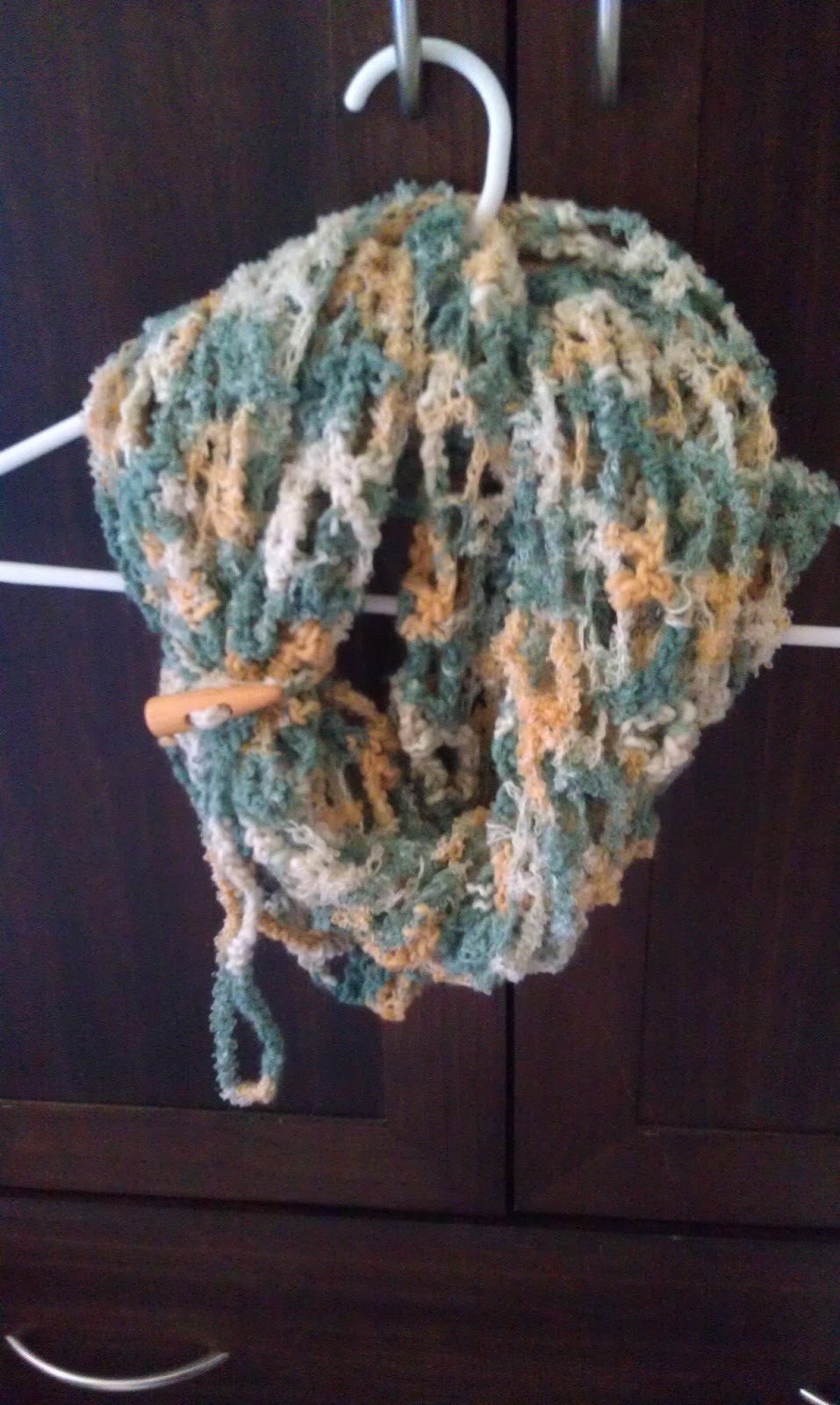 Finally, I have spent the last day or so working on a set of crocheted coasters for my father-in-law's birthday. He is a tough guy to buy for - but I thought that these coasters (also shown here) would be great to keep in their camper-caravan for when he and my mother-in-law go touring around Australia! They are easy to make and the result is beautiful. Before I decided on using this variegated yarn for his set of coasters, I made a "test" coaster in a solid yarn - it is stunning! I think I will be making several sets in bold colours for Christmas gifts later this year! (And in case you are a crocheter and interested in what materials I used for this project, I used an 8-ply or DK weight yarn and an F hook.)

This week was capped off with a night "away" with Paul. We went to North Sydney, had a yummy dinner at an Indian restaurant in McMahons Point, and spent the night in a boutique hotel in North Sydney - Paul's sister and her husband watched the boys for us :-) 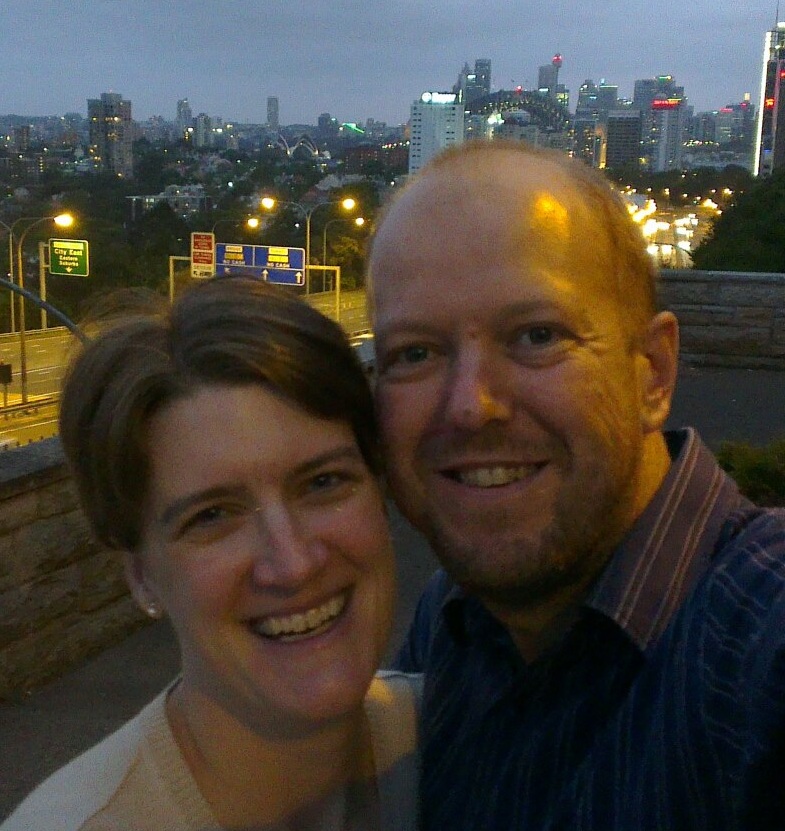 It has been a glorious two-week "yarn-tastic" knitting and crocheting staycation. Just what this mama needed!
Posted by Clare at 7:40 PM